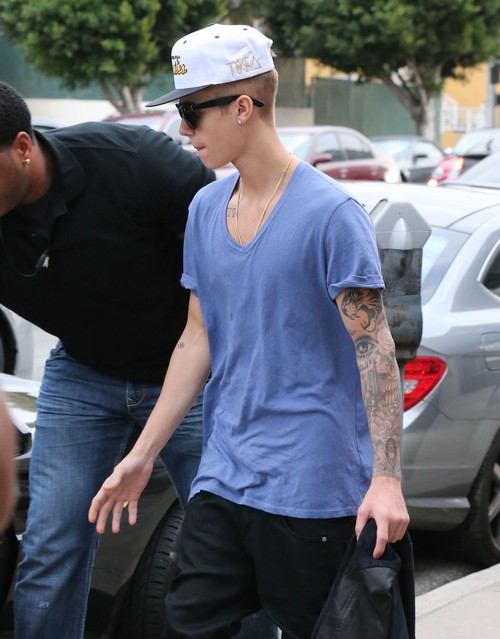 Finally, Justin Bieber is about to be held accountable for something. Remember how he has been accused of egging his neighbors house and causing a load of damage? Well in the last hour cops have actually shown up at Justin’s door with a felony search warrant which gives them access to everything inside his home. Of course they are looking for anything that directly links Justin to the egging, be it security camera footage or even eggs in his refrigerator.

I know that sounds crazy but sometimes egg shells are stamped with numbers and if anything matches what was found at his neighbors then it would be considered evidence. A felony search warrant also means that if there is evidence collected this will be a felony case which may be punishable by serious prison time.

Another interesting thing is that if cops happen to find any drugs, illegal weapons or god knows what else inside, those things are fair game and additional charges can easily be filed! I’m guessing there’s a pretty good chance that at 8am cops found Justin and a bunch of his boys still passed out from last night and god only knows what was left out in the open for the cops to latch on to! Is this it? Is this the moment when Justin is finally going to be arrested after about a year of non-stop bad behavior? Tell us your thoughts in the comments below!

UPDATE: Deputies are detaining Justin in his garage right now while they search.  We’re told they are also looking for surveillance video from Justin’s house that might capture the egging incident