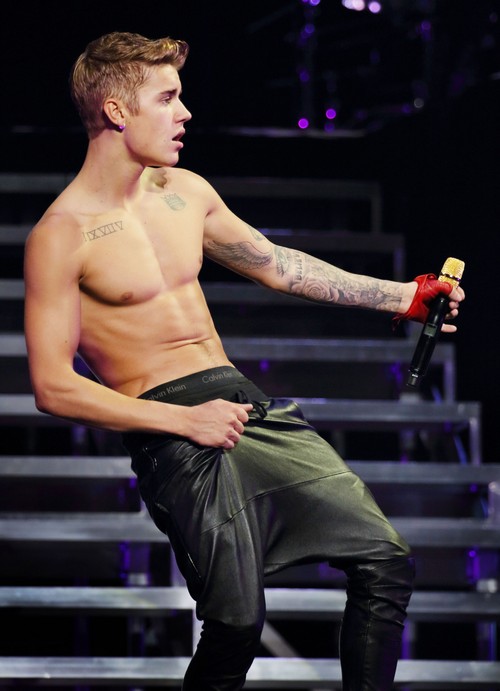 It’s been a while since Justin Bieber was up to his usual tricks, leading some people to believe that he was finally learning from his mistakes. His reunion with Selena Gomez also added to that opinion, considering that he was on his best behavior when he used to date her. Alas, Selena seems to have had zero influence on him, especially if you count his latest activity. According to TMZ, Justin decided to commit a vicious egg attack on his neighbor’s house – you know, for shits and giggles.

TMZ has video of the incident, which shows Justin trespassing into his neighbor’s property, and the neighbor yelling, “I see you. I f**king see you!” Justin reportedly sneaked into the property, and started hurling eggs at the front door. The neighbor explained that he heard something around 7:30 PM on Thursday, and he went out onto his second floor balcony to see what was happening. Lo and behold, Justin Bieber hurling eggs at his house.

Then, when Justin spotted him coming out on the balcony, he reportedly started aiming for the neighbor instead of the front door. The neighbor yelled, “What the hell are you doing?” Justin continued to taunt and insult the neighbor, and added, “F**k you! I got another one for you, actually!”

According to the video footage, this exchange reportedly goes on for another 30 seconds, until the neighbor tells his daughter to call the cops. And since the damage to the house from the egging is in excess of $400, Justin is now a suspect in a felony vandalism investigation.

Now, Justin and his neighbor have a history, with his neighbor often complaining of the noises coming from Justin’s house. But Justin decided to deal with it in the most immature way possible, didn’t he? I mean, it was 7:30 PM, which means that he wasn’t even home from a drunken night of partying. So much for turning over a new leaf. In fact, I’d say he’s just getting steadily worse and worse.