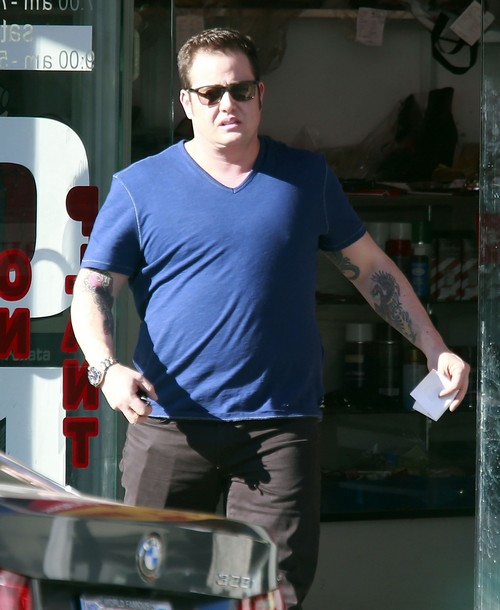 According to the Jan. 27th print edition of GLOBE Magazine there is one person that isn’t too excited about Chaz’s latest career goal- his mother, Cher. She has dealt with his gender reassignment and she loved the fact that he did Dancing With the Stars but apparently she’s not so supportive of him performing with the legendary Chippendales.

Chaz thinks that he has a great chance of being cast even for a short run because he thinks that it’ll be a bit controversial and that will bring more people into the shows. Chaz does know that the Chippendales have no trouble selling tickets even without him, right? It’s not like their sales are sagging! Last I checked every show that pops up near me seems to sell out pretty fast. Would you go to see a show that featured Chaz? Or do you agree with Cher and think that it’s a little too far-fetched for you? Chaz thinks that erotic dancing will make him more popular with the ladies- will it? Tell us your thoughts in the comments below!

Chaz Bono heads to a meeting before picking up his dry cleaning in West Hollywood, California on January 16, 2014