Cheryl Cole Admits Simon Cowell’s Decision To Fire Her From X-Factor USA Was A Good One: ‘I Wasn’t Well In The Head!’ 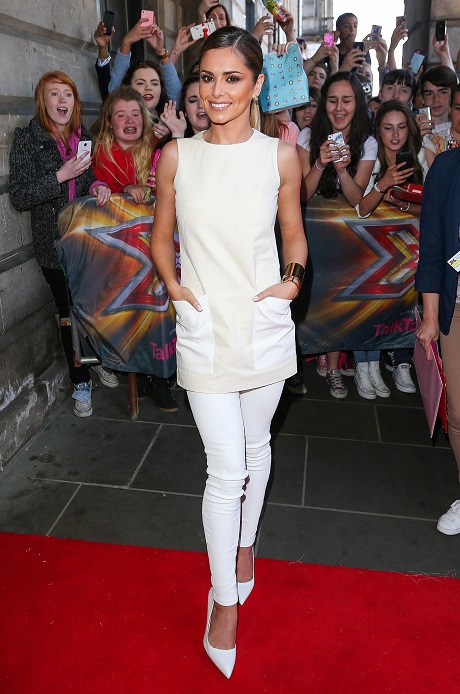 The US X-Factor was doomed from the beginning. Simon Cowell tried to reinvent the format for US audiences, but the market was already oversaturated due to American Idol’s popularity. Viewers were unable to appreciate the scandalous bickering and competitiveness that made the show so popular in the UK. FOX axed the show after only three seasons. Judges came and went, contestants fell by the wayside and winners faded into obscurity – the perfect recipe for decapitation.

The murder avalanche was set into motion when Cowell fired UK judge Cheryl Cole during the pre-filming process. Producers claimed that “US viewers couldn’t understand Cole’s accent” – an obvious lie drummed up by PR people in a tiny office with green walls and ripped Tina Turner posters. Cole was fired because she went all mad-bad-sad-woman on Cowell.

The horrible truth was revealed during a recent interview with Elle UK.

Cole explained: “I’d read awful stuff about myself and not blink. I shut down because I didn’t know what else to do. Now I can say that Simon was right to get rid of me. I wasn’t well in the head when that was going on, so it wasn’t going to work. But he wasn’t right not to tell me to my face.”

No one enjoys being fired. It’s akin to being voted off a reality show – one moment you’re Celine Dion and Mariah Carey’s love child, and the next moment you wake up in Ronald McDonald’s basement. Friends send you clichéd texts (one door closes…), loan sharks post leg advertisements on your Facebook wall and hundreds of cats fall in love with you. Some people turn into passive-aggressive Lesley Gore songs, while others go all Hunger Games on their previous employer (READ: Cheryl Cole)

According to ELLE magazine, “The usually chic star, who raised eyebrows when she appeared with big hair and dressed in purple trousers and an orange frilly top on her first day’s filming for the US show, sent Cowell a text after she was dropped. ‘F**k you, F**k Fox, F**k the orange and purple outfit. F**k the big hair. F**k the UK X Factor. F**k you all. I hate you,’ she wrote.”

(I said the same to a dentist once)

Cowell forgave her for her little nervous breakdown. She is back to being a judge on X-Factor UK and, according to the interview, Cole is happier than Meat Loaf at a meat loaf bake-off.

“I’m just enjoying finding out who I am. That’s good enough right now… I know I’m really lucky because none of what I’ve been through broke me. It actually taught me everything I’m going to need for the rest of my life. I love feeling that I’m strong because I have good women at my side. And I don’t give a f**k what people think any more.”