Kate Middleton’s Breasts in the News Again: Cheryl Cole Says It Was Disgusting 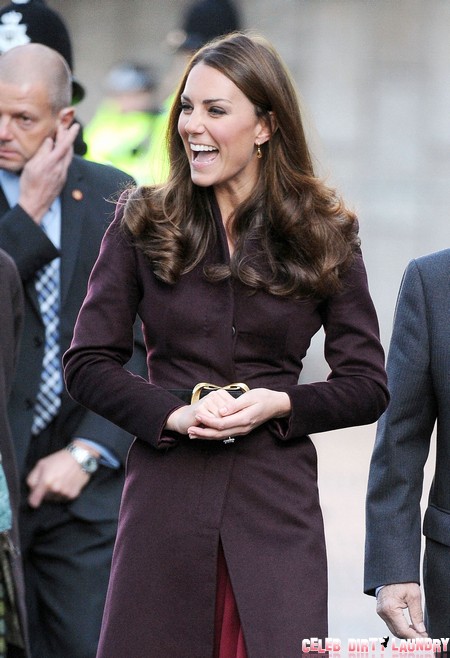 Earlier this year, the Duchess of Cambridge and the media wrestled with well placed breasts. The future Queen of England was caught sunbathing topless during a holiday with her husband, Prince William. The world came to a standstill and watched the topless snaps of Kate do the rounds. A PR disaster it was, but the UK Princess of Pop, Cheryl Cole, said that the whole scandal was “disgusting” and complimented Kate on her “great figure”.

Cole was asked by Style magazine what she thought about the scandal, to which she replied, “Disgusting. They were having a private moment and it was absolutely invaded. She does have a great pair of boobs, though, right?” Cheryl met Kate during the Queen’s Diamond Jubilee concert earlier this year, “We had this amazing moment. She’s so ordinary! I mean, obviously she isn’t because she’s a princess, but she’s easy to get along with.”

Kate wasn’t the only Windsor who Cheryl supported. In fact, Prince Harry’s naked-until-you-make-it escapades during a Las Vegas party also drew Cheryl’s attention. “I mean, it’s not the smartest thing in his position. But didn’t Diana always want them to have normal lives? And you do not get more normal than that. Do you? Taking your clothes off in Vegas,” Cheryl said. Yes, it might be normal to flunk with your junk in Vegas, but then again, Harry didn’t follow the only rule, “What happens in Vegas, stays in Vegas…”

The Royals had one of the most scandalous years of the decade, but they shouldn’t let the scandals name and shame them, they should release a calendar! It should be titled “The Crown Jewels and The Nip-Nips”. (No, not the name of a Memphis gospel group). The media won’t rip you to shreds if you already have all that junk out of your trunk and hanging loose on glossy February, now would they?

What do you think? Do you agree with Cheryl Cole? Let us know your thoughts in the comments below.