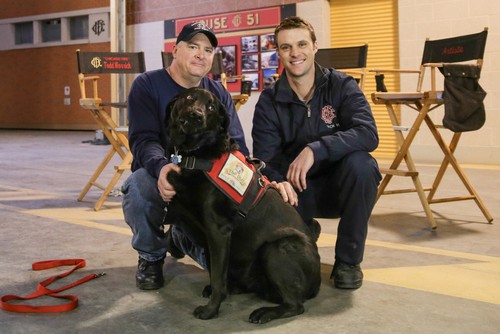 CHICAGO FIRE returns to NBC tonight for another episode that will keep you on the edge of your seat. In “Rhymes With Shout” Cruz and his brother, Leon need to come to terms with their past. McLeod and Chief Boden continue to fight.

On tonight’s episode Cruz and his brother, Leon, must come to terms with their pasts after learning about a drive-by shooting in their neighborhood. Meanwhile, the fight between McLeod and Chief Boden intensifies; Isabella persuades Mills to gussy up for a gala; Casey deals with the fact that Dawson won’t be around as much anymore; Shay reaches the end of her rope; and Zoya addresses her visa expiration date.

EDITORS NOTE:  Our apologies tonight’s episode was actually a repeat.  TV Guide has this listed as a new episode. However, it aired previously and it is actually episode 8 which aired November 26, 2013.  Chicago Fire will be back next week with episode 20.