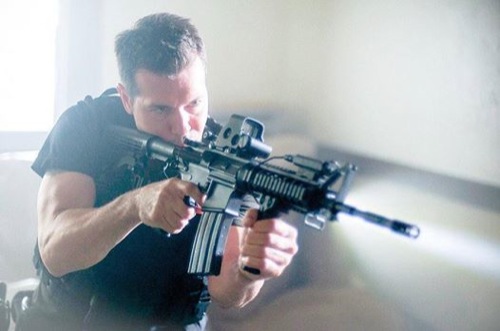 On the last episode, the bounty on Halstead’s (Jesse Lee Soffer) head became a serious reality as an innocent bartender took a bullet meant for him. Olinsky (Elias Koteas) tried to reason with Bembenek (guest star Jason Singer) to call off the hit, to no avail. Voight (Jason Beghe) and the team kept this investigation in-house to find the hired assassin. Meanwhile, after a tense interaction at district Platt (Amy Morton) and Nadia (guest star Stella Maeve) came to an understanding. Did you watch the last episode? If you missed it, we have a full and detailed recap right here for you.

On tonight’s episode, two teenage girls have gone missing and the team know the clock is ticking to find them. Halstead (Jesse Lee Soffer), Antonio (Jon Seda) and Lindsay (Sophia Bush) investigate a tenement which gives them a much needed lead. Voight (Jason Beghe) brings the father of one of the girls to district in order to get some honest answers. Meanwhile, Platt (Amy Morton) puts Roman (Brian Geraghty) and Burgess (Marina Squerciati) on gun buy-back duty where they ask questions when they aren’t supposed to. Patrick Flueger, Elias Koteas and LaRoyce Hawkins also star.

Because the Becks were personal friends of the Deputy Superintendent, they were able to ask Voight to break a Chicago PD mandate and have him follow up on it. Generally, parents are told they can’t file a missing person’s report until their kids have to be missing for more than 24 hours. That’s how long people typically have to wait before they can get police assistance.

However, seeing as it was the Becks, Voight started an investigation right away. Allison Beck is sixteen and an honor student. She’s never been trouble and yet because she forgot to call her mother last night, something she allegedly never forgets; that has her parents worried that something has happened to her.

So, at first, Voight looked into Allison’s life all the while believing she was most likely nursing a hangover somewhere at a friend’s house. But the car service Allison had called to come pick her up – had a distress signal on their own end. One of their drivers had disappeared the same night as Allison and her friend.

When the police tracked the car, they found the driver badly beaten and tied up out in the fields. And then after he came to – he told the police about masked men dragging him out of the car and beating him until he had knocked out. But he doesn’t know what happened to the girls.

And he hadn’t picked them up from the library where they were supposed to have gone that night!

Allison and her friend were at someone’s dorm room. Apparently the friend was dating a college guy her father hadn’t approved of. Though he claims both girls had left his place in one piece in the hired car.

Then one of the girls’ phone was switched on so the detectives followed that lead to a housing complex. But the kidnappers had set up a trap for them. They turned on the phone to lure the cops. It seems they had wanted to return one of their hostages and so they threw her out of the window for the cops to easily find. They then proceeded to try and shoot their way out of the apartment building.

And some of them failed.

Although the police were able to kill several of the kidnappers, one of them still managed to get away with Allison. Which is both a good and bad thing. The police were unable to retrieve but now they now their victim was taken for a reason. Possibly one that has to do with her father the councilman.

But a mistake was made. The kidnappers had the wrong girl and they didn’t find out about it until they tried to contact the friend, Hayden’s family. It looks like her father who worked in “construction” was the target all along.

And yet when Hayden’s father was contacted, he wasn’t going to offer up any information to the police. He was going to stonewall them despite a young girl’s life being on the line. So they had to bring in his daughter, still battered and bruised after what she had gone through, to reason with him. Only then was he prepared to open up.

The police found the kidnappers at the same time Allison’s father had showed up at the scene. Once they saw they had the wrong girl – they then tried to ransom Allison. So Councilman Beck was sort of in the way during the rescue.

The councilman was injured but not too severely. Like usual with this crowd, a shoot-out between the cops and the kidnappers happened. And luckily at the end of it, Allison was returned to her family.

While the investigation into the kidnapping has taken most of everyone’s focus, life does continues for the detectives outside of the office. Voight had previously found out he’s going to be a grandfather. His son Justin knocked up some girl and that girl tracked down Voight. She needed to find a way to get in touch with Justin because she didn’t know where he was. So he promised to have a talk with her later on.

And he did reach out to her. He assured her that she would have his full support. Plus if there’s anything she needs – all she has to do is asked.

Then there was Roman and Burgess who were running the gun buy-back. They found a gun used in a recent shooting and investigated it without Platt’s approval. So they ended up solving and closing a case. Yet none of that changed Platt’s demeanor. She dismissed them early and they know she isn’t going to let her anger go anytime soon.
Roman had talked his partner into going along with a follow up on the gun. Hence what happened is really his fault but just because he’s already in trouble doesn’t mean he can’t still recruit officers when he’s off the clock. He had found out about Dawson possible divorce and had made him an offer on earning extra cash.

It’s a private security job and so Dawson. However he later learned his boss (some guy he was assigned to) wanted him to follow around his new hot young wife.

And that doesn’t sound ethical!