If Chrisley truly does Know Best, the reality series’ patriarch Todd Chrisley better get his family and home in order. It was only four days ago that MailOnline reported that Todd Chrisley would soon lose his 30,000 square foot home to foreclosure. After having filed for bankruptcy protection in 2012, he had a shield against the bank coming for the family mansion located in Rosewell, Georgia. Now, a court order allows the bank who is holding the million dollar mortgage to foreclose on the property which is the largest of the four they own. Another property on the path to foreclosure… the one occupied by Todd’s mother Grandma Faye and his son, Kyle.

Kyle has a history of rough behavior. If you have watched the show, you may have seen Todd talk about how he is pleased with Kyle’s progress, though he still frequently drug tests him. In a recent episode, Todd delivered an over-the-top party for his granddaughter, Chloe, who is Kyle’s daughter. Chloe’s mother, who is Kyle’s common law wife, Angela Victoria Johnson is no longer with Kyle but apparently, she may still be dealing with drama from her baby daddy.

Authorities in South Carolina have put out an all-points bulletin for the arrest of Kyle Chrisley stemming from an incident on February 24, 2013 when Kyle struck Angela and threatened her sister with a knife reports Radar Online. The entire incident was triggered by Johnson complaining to Chrisley about his continual partying and staying out all night. Todd then struck Johnson in the face, grabbed Chloe and left. Moments later, he returned, kicked in the door, and threatened Johnson’s sister with a knife when she tried to get him to leave. 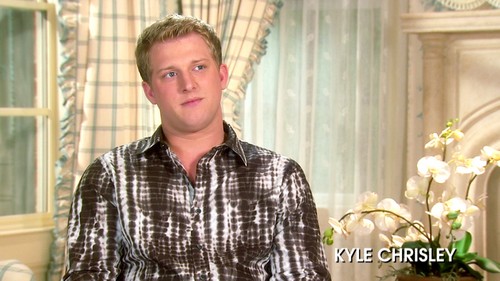 The only reason the Sheriff’s Office gave for not having arrested him on charges of Criminal Domestic Violence and Assault and Battery sooner is that the information they had received up to this point about his whereabouts has been erroneous. Seriously? He is on TV every week! It cannot be that hard to track him down. That is not the only violent activity in his past, either. No stranger to the county jail, Kyle was arrested in April 2013 after being charged with misdemeanor simple battery against another woman! He served six months on probation for that conviction.

Perhaps when the Sheriff comes to serve an eviction notice to Grandma, they can arrest Kyle at the same time—Two Chrisley’s…one set of cuffs. 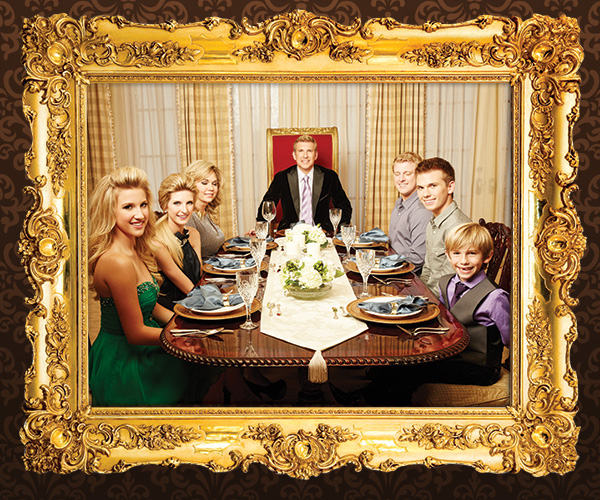