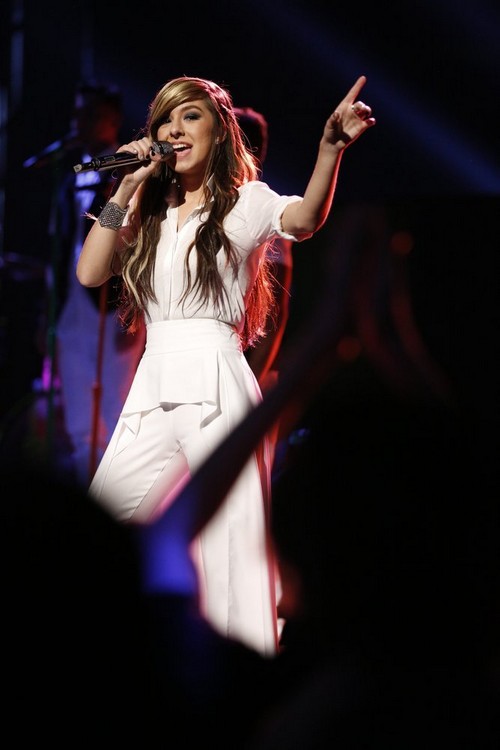 Team Adam Levine’s contestant Christina Grimmie took the stage tonight on THE VOICE for her Top 3 live Finale performance.  Christina sang the classic “Can’t Help Falling in Love” by Elvis Presley.  On tonight’s show the remaining artists from each coach, Blake Shelton, Adam Levine, Usher and Shakira’s team performed live for America’s vote and the chance to win the title of “The Voice.”  Did you miss tonight’s episode?  If you did miss it, we watched it and we recapped it right here for you.