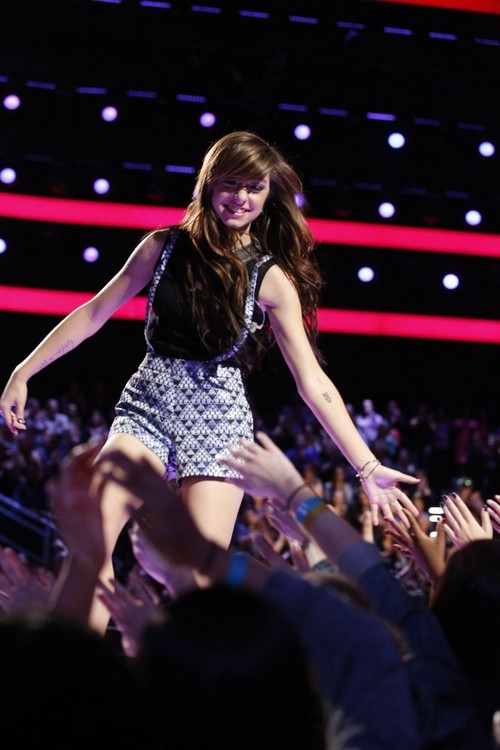 Team Adam Levine’s last contestant Christina Grimmie took the stage tonight on THE VOICE for her Top 5 live semi-final performance.  Kristen sang “Hide and Seek” by Imogen Heap.  On tonight’s show the remaining artists from each coach, Blake Shelton, Adam Levine, Usher and Shakira’s team performed live for America’s vote and the chance to move on to the Finals.  Did you miss tonight’s episode?  If you did miss it, we watched it and we recapped it right here for you.

On last week’s episode Christina sang “How To Love”  by Lil’ Wayne and Adam had this to say about his performance, “Adam says thank you to Christina to do this song and loves how she can take a song and just make it sound like her own; there is no other version of that song and knows that it is beautiful.”