Cody Simpson And James Maslow Feud On Dancing With The Stars Season 18 Over Who’s The Sexier Beast! 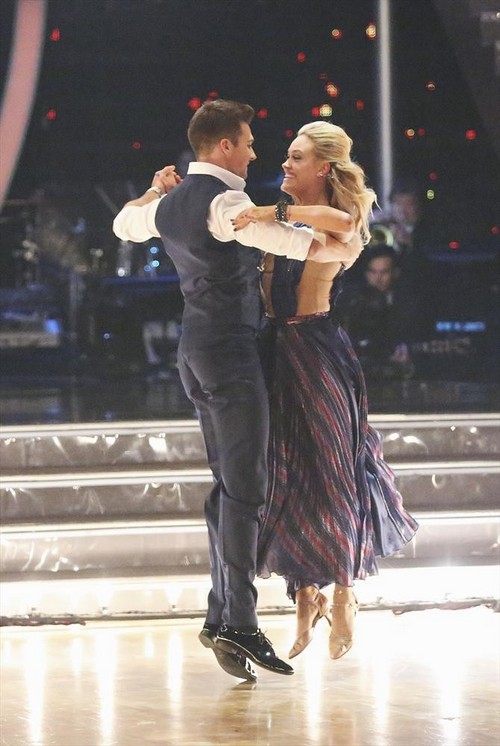 Cody Simpson and James Maslow are feuding on Dancing with the Stars season 18 — and, basically, what it boils down to is Cody’s being a jealous whiny brat because James and his partner, Peta Murgatroyd, have been deemed the season’s “sexiest couple.” In other words, everyone wants to be the sexy beast with the most camera time! This story comes from OK! magazine, which goes on to state that “Behind the scenes, Cody keeps his distance from James in order not to talk to him.”

The magazine points to potential evidence of their feud by commenting upon a moment that America saw during the March 24th show: “James gave America a peek at his rock-hard abs during his Jive dance.” The mag quotes the source with saying, “The cameras cut directly to Cody after James and Peta’s performance… Cody’s look of disgust sent social media into a frenzy.”

Hmm. What do you make of this alleged feud? Apparently, Maslow claims that everything is fine between them (but, then again, he might say that, huh? Especially because the cameras are giving his abs all the attention!). A rep for the Big Time Rush singer says, “James is very supportive of the entire cast and wants everyone to do well. Especially Cody, as they toured together on their 2012 summer tour, when Cody opened for James.”

Leave your thoughts on this matter in the comments section below and don’t forget to check out all our DWTS season 18 coverage. We’re not going to let you miss a thing!