Couples Therapy Recap “The Truth is Out There”: Season 5 Episode 4 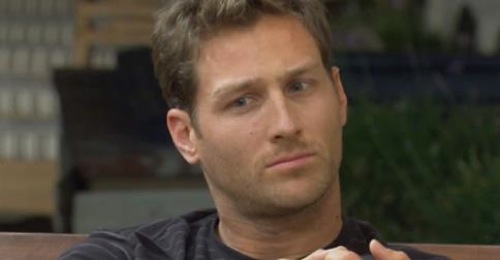 Tonight on VH1 Couples Therapy continues with an all new Wednesday October 8, season 5 episode 4 called, “The Truth is Out There.” On tonight’s episode Dr. Jenn brings a trust expert into the house.

On last week’s episode trust in the age of social media; Nikki and Dr. Jenn had an altercation. Dr. Jenn called Nikki in to her office to discuss her outbursts, Nikki felt like she couldn’t even talk to Juan Pablo because she is always on camera, even in her bedroom. Afterwards, Dr. Jenn called Nikki out for cursing out her producers, she wanted Nikki to stop focusing on the cameras and reminded her that one of Juan Pablo’s issues with her is how rude she is to other people. Dr. Jenn called an emergency session the next day, she called Nikki out for running back to the kitchen after their meeting complaining about the cameras instead of working on their relationship with Juan Pablo. Did you watch the last episode? If you missed it we have a full and detailed recap right here for you.

On tonight’s episode when Dr. Jenn brings a trust expert into the house, members of the cast end up feeling burned and upset.

Tonight’s episode is going to be another drama packed one, which you won’t want to miss. So be sure to tune in for our live coverage of VH1′s Couple’s Therapy Season 5 Episode 4 at 9PM EST! While you wait for our recap, hit the comments and let us know how excited you are about this new season.

Jenna is still “pissed” about her conflict with Dr. Jenn. She is hanging out by herself to cope with what happened. The other people in the house talk about how sensitive she is and how people need to watch their words around her. John thinks something is going to go down that night. Dr. Jenn gives Jenna and John space to deal with the issues while she brings out the other couples for an important meeting.

Dr. Jenn has brought along Janine Driver, a “world-renowned interrogation expert” who has worked with the government, corporations and more and is known as the “human lie detector.” “I know more than you think I know,” Driver tells the couples. Dick is nervous about his secret but doesn’t want to be exposed for lying. He alludes to it to the lie detector, talking about how much of a strain it has had on his relationship. This causes everyone to become concerned and more interested in knowing what the secret is. Stephanie says he may have led her to believe he was coming on the show for one reason when really coming for another reason. She’s upset to find out he told Dr. Jenn about the secret, and says that the chance they’ll get back together is “probably zero now.” “I don’t really feel like … the issues that we have are workable,” she says.

Cicely wants the lie detector to ask Treach a question for him and have him answer. The question is if he has been faithful for the past year. Treach thinks she’s trying to make him look bad with this question. “Yes,” Treach says. The lie detector asks why they should believe him, and he says trust is required. ‘If she doesn’t believe me by seeing what I’ve been doing this past year, I don’t think there’s anything that’s gonna convince her I’m telling the truth,’ he says. The lie detector believes him because he didn’t try to overcompensate with his answer. However, Cicely isn’t convinced. “It’s like whatever,” she says. “People beat lie detectors every day.”

Then, the couples have to pull out cards and answer what percentage of what they have told the lie detector today was truthful. Nikki reveals she was only honest with 90% of her responses because Juan Pablo isn’t giving 100% of himself. She feels that if she keeps feeling she is competing for him, the relationship works out. She says he could walk away from the relationship and be fine and he denies is. Juan Pablo says it’s “a word issue,” and “she wants to hear ‘I love you.’” The lie detector asks if he loves her and he dodges the question, saying it upsets him that these mere words matter so much to her. When pressed, he says “... I’m falling for her big time,” but isn’t willing to say “I love you.” “When am I gonna be good enough?” Nikki says, bursting into tears. ‘I’m asking for something that he can’t give me, so what do I do?’ Juan Pablo apologizes, saying “you know I wish every day that I could make it better.’ Nikki says if even a professional can’t crack him, maybe there’s no hope.

Dick and Stephanie talk about the meeting and their secret. Stephanie is glad their “biggest, darkest secret” hasn’t been revealed to the group.

Juan Pablo and Nikki continue to talk to eachother. Juan Pablo keeps attributing the fact that he won’t say he loves her to cultural differences, and that he doesn’t feel that way yet. “Like I’m constantly waiting for you to love me,” she says. She says she’ll never live up to the things on his checklist.

Dick goes to Cicely and tells her that he views her asking Treach that question at the group meeting as taking advantage of the situation. She doesn’t see why she wouldn’t ask a question like that given the things that have happened to her. ‘In order for us to get over it and get through it, guess what? [Treach has] to own up to some of the things that [he] did,’ she says.

Now Treach calls out Cicely, calling her actions a “betrayal.” He ends up going to sleep on the couch to cool down.

John and Jenna are somewhat glad they didn’t go to the group meeting given all the drama that occurred.

The cast starts talking about how Juan Pablo is treating Nikki. Dick calls him a “douchebag,” saying he now realizes why all of America thinks he’s a douche. He also says that Nikki and Juan Pablo as a couple are “doomed.”

Cicely tells Stephanie that she and Treach ‘are probably at the worst place we’ve ever been.’ She talks about the “major trust violations” that have occurred and how Treach needs to take accountability so they can find out why he did what he did and what they can do to fix it. Treach, meanwhile, thinks Cicely wants to force an image on him of how he is, and doesn’t see the point if it’s going to be that way.

Cicely confronts Jenna on she and John not being at the group meeting because everyone else had to go through so much. Jenna doesn’t care.

Everyone speculates on what’s wrong with Dick. Dr. Jenn talks to both of them and convinces them it’s time to tell the secret finally. Stephanie realizes this is Dick’s personal issue and he needs to take care of it. Everyone is brought together and Dick reveals his secret, starting with a big opening talking about how big the secret is and how his life “will never be the same” once this comes public. “This is probably the last relationship I’ll end up having in my life,” he says before recounting the story of how he found out he was HIV positive when tested for Big Brother 13, after which point he ended up leaving the show, causing much speculation at the time.