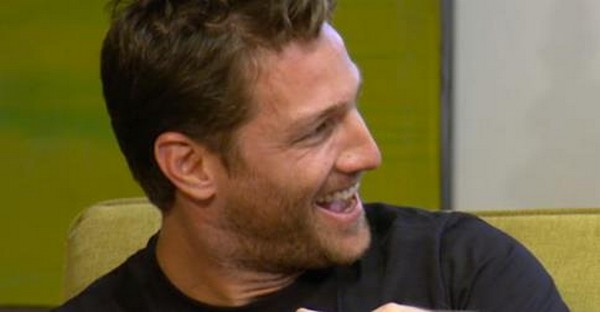 Tonight on VH1 Couples Therapy returns with an all new Wednesday September 24, season 5 episode 3 called, “Under the Microscope.” On tonight’s episode trust issues are addressed during group therapy. Meanwhile, tension rises between Dr. Jenn and Nikki.

On last week’s episode we got see how strong was Jenna Jameson and John Wood’s Relationship was. Dr. Jenn uncovered a traumatic experience that severely affected Jenna and John’s relationship. Jenna and John acted like good sports when meeting the group, but Jenna quickly turned into a bratty diva when she was shown her room. John seemed to be long suffering of this sort of drama, and we got the sense that if Jenna was not happy, nobody was. Did you watch the last episode? If you missed it we have a full and detailed recap, right here for you.

On tonight’s episode trust in the age of social media; Nikki and Dr. Jenn have an altercation.

Tonight’s episode is going to be another drama packed one, which you won’t want to miss. So be sure to tune in for our live coverage of VH1′s Couple’s Therapy Season 5 Episode 3 at 9PM EST! While you wait for our recap, hit the comments and let us know how excited you are about this new season.

Tonight’s episode of Couple’s Therapy kicks off with Jenna and John still arguing about what condescending means. He tells her that she has made her point and leave the room, he doesn’t want to fight with her anymore.

The next morning breakfast is served at 9:00 AM and the celebs begin getting up and getting ready for the day. Jenna decides to put all of the condescending drama behind her. Nikki Ferrell wakes up and is livid that she can’t get ready without the camera crew following her around. Deena thinks that she is being ridiculous because she signed up for the show and she should have known that she would be videotaped.

It’s time for group therapy and they all head in to see Dr. Jenn. Dr. Jenn brings up social media and how easy it makes it for people to cheat on their spouses. Jenna goes first and admits that every relationship she has had she has been cheated on, she feels like when you are famous women try to “f—k your man.” Deena says that whenever someone comes on to her on social media she deletes it because she thinks it is inappropriate because she has a boyfriend. Treach says that when fans ask him to take pictures, they post them on social media and say that Treach is their man, and his wife freaks out because she thinks it is real.

Juan Pablo admits that social media got him in trouble, he forgot to tell Nikki that he was going to Vegas and she found out on Twitter. So, Nikki freaked out, and Juan Pablo told her she wasn’t allowed to come to Vegas with him. Dr. Jenn points out that he can’t be dismissive of her and not include her on his trips, because he is just forcing them to live two separate lives. Nikki insists that trust issues aren’t the root of their problem, and after therapy Nikki gives Juan Pablo the cold shoulder and brushes him off when he tries to hug her.

Later on Nikki and Juan Pablo head to their room, Nikki confesses that she feels stir crazy being trapped in the house and videotaped. She just wants to be alone and she can’t get away from everyone. Juan Pablo reassures her that they are here to help each other and make things better and she needs to give Couple’s Therapy a shot.

After group therapy everyone heads to the kitchen and they argue about their couple’s trust issues. Jenna admits that she used to look through her ex husband’s stuff. Cicely insists that she had reason to go through Treach’s stuff because a reliable source told her that he was cheating on her. Treach is still adamant that her reliable source was just trying to break them up, Treach argues that his friend wanted to break them up because since Treach stopped going out with him and being his wing man. Deena’s boyfriend Chris understands where Treach is coming from. Jenna interrupts and tells Treach that he needs to settle down because he is yelling and being too aggressive with Cicely.

[10:56:02 PM] Amanda Austin: The producers are trying to interview Juan Pablo in his bedroom, and Nikki is annoyed because she is in the bathroom. She storms out and curses out Juan Pablo and the producer and says that she is over it and heads out to the pool to read a book. Dr. Jenn calls Juan Pablo in for a private session to try to get down to the bottom of Nikki’s tension and temper tantrum. Juan Pablo explains that Nikki is frustrated, and she is refusing to go to the interviews with the producers, and he is embarrassed by her behavior. Dr. Jenn asks what she is really angry about, and he thinks she just doesn’t like to be on camera 24/7. She notes that Juan Pablo’s more open-minded, but Nikki is afraid of change and things out of her comfort zone. Dr. Jenn encourages Juan Pablo to talk to Nikki and try to understand where she is coming from and how he can help.

Dr. Jenn calls Nikki in to her office to discuss her outbursts, Nikki feels like she can’t even talk to Juan Pablo because she is always on camera, even in her bedroom. Dr. Jenn calls Nikki out for cursing out her producers, she wants Nikki to stop focusing on the cameras and reminds her that one of Juan Pablo’s issues with her is how rude she is to other people. Nikki confesses that she never realized how important privacy is to her. Dr. Jenn tells Nikki that it is her responsibility to teach Juan Pablo how she wants to be treated, and she needs to stop holding back and open up to Juan Pablo about how she is feeling.

Nikki sits down with the other girls after dinner, and complains to them about the cameras following her around again. Jenna tells her that she never should have come on the show if she can’t handle the cameras, Nikki confesses that she got in trouble for cursing out the producers. Jenna tells her that she can say whatever she wants to the producers and if she doesn’t want them to be filmed then she should tell them to go “s—k a d—k.” Nikki realizes that Jenna is right so she decides to go to bed and not talk to Juan Pablo so the cameras can’t tape her and she yells at them to turn off the lights.

Dr. Jenn calls an emergency session the next day, she calls Nikki out for running back to the kitchen after their meeting complaining about the cameras instead of working on their relationship with Juan Pablo. Jenn gets in to a screaming match Jenna for telling Nikki to tell the producers to f—k off.