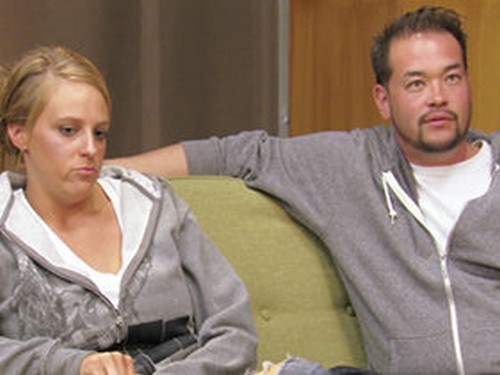 Tonight on VH1 is the 4th season premiere of COUPLES THERAPY called, “New Couple Controversy.” On tonight’s show Farrah makes a disclosure about the reason she has trouble connecting with people. Elsewhere, Sada flirts with Ghost, upsetting Whitney; and Jon is caught in a compromising position.  Did you watch last week’s premiere episode?  We did and we recapped it, right here.

On last week’s show as everybody got deeper into therapy, the couples began to get more frustrated with their partners, and also with the other people in the house. In an explosive group therapy session, Dr. Jenn called Taylor out for how rude she was the night before, complaining about the living accommodations, to which Taylor cried and blamed it on her wanting to please John. Ghostface’s offensive comments in group set Kelsey off, and she stormed out in tears. After therapy, the group learned that a new couple was coming into the house, Jon Gosselin and his girlfriend Liz. The entire house reacted to him being in therapy, and they discussed his tumultuous relationship with his ex-wife Kate. Jon and Liz had a therapy session where they discussed their relationship, and it was clear that Liz was not a very considerate partner to Jon. After much speculation about Farrah’s sex tape, Whitney and Sada finally watched it, and were shocked by what they see.

On tonight’s episode in Jon and Liz’s first group session, Jon admits that during a break in his relationship with Liz, he slept with other women, which now makes Liz not trust Jon. Sada questions whether Farrah’s sex tape was amateur or professional and this isolates Farrah more from the group. In an emotional therapy session with Dr. Jenn, Farrah admits that a big reason she acts the way she does is because of her parents, and that makes it hard for her to connect with people. It is Sada’s birthday, and the group celebrates with a big party, but Whitney gets upset with Sada because she catches her flirting with Ghost, and the two end the night in a screaming match. Liz discovers Jon in a compromising position, and Liz’s reaction makes Jon realize that Liz is more like his ex-wife than he thought.

Tonight’s episode is going to be another drama packed one, which you won’t want to miss. So be sure to tune in for our live coverage of VH1′s Couple’s Therapy Season 4 episode 4 at 9PM EST! While you wait for our recap, hit the comments and let us know how excited you are about the new season of Couples Therapy tonight.

Oh boy. Tonight on Couple’s Therapy Dr. Jenn is going in for the kill and taking on the issue of fidelity and trust within relationships. Jon and Liz are up first and he explains how during his marriage to Kate Gosselin he was control completely and lived by being part of her to-do list. Now he takes his freedom at all costs and because his relationship with Liz began when they were seeing other people, she distrusts him. Plus they took a break for awhile and within a few weeks Jon had moved another girl in. I’m sure that helped nothing.

Ghost and Kelsey have had serious trust issues from the jump because he’s used to juggling chicks. He just doesn’t identify with her ability to become so attached after just a few months together because he never allows it to happen to himself. He fears the whole group views him as the bad guy for having other women on the side.

Farrah’s sextape has become a real issue within the house because the group feels she has been dishonest about it. She is pretending to be walking wounded because her “boyfriend” sold her out by distributing this tape but Sada and Whitney know that a full film crew was involved, so there’s no way it wasn’t meant to be marketed.

Dr. Jenn decides it is best to pull Farrah aside because the tension is really bad. Everyone things that she is mean and rude and a liar. Jon, Kelsey and most of the others are having a real problem connecting because she’s dishonest. They start to discuss her past and how she only waited 3 months after having her daughter before she was dating. Dr. Jenn stops Farrah from putting words in her mouth and explains that she judges herself constantly. Farrah’s bawling her eyes out as she explains how her mom called her every name in the book and she believed them and it lead to her saying the same things about herself. Farrah realizes she has allowed men to treat her the same way.

After having a rough day everyone takes a break to celebrate Sada’s birthday. After the party Whitney mentions that she feels Sada has been flirting with Ghost. Whitney is concerned because Sada is so affectionate and she thinks that it can come across as sexual to a straight guy. Sada insists that her relationship with Ghost is nothing but friendship. They wake up the next morning and apologize and chalk it up to a miscommunication.