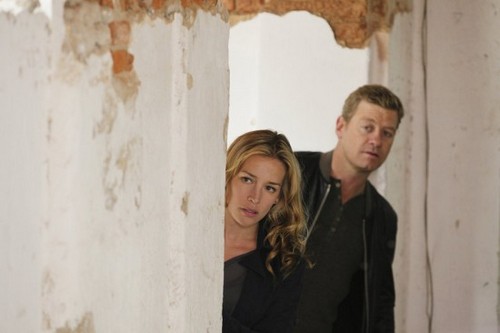 Covert Affairs continues tonight on the USA Network with an all new Thursday, December 11 season 5 episode 15 called, “Frontforwards” and we have your weekly recap below. On tonight’s episode Annie and McQuaid’s relationship deepens as they search for Belenko’s next target; Calder lands in hot water while searching for the truth. Meanwhile, Joan concludes keeping Belenko alive is in the best interest of the CIA.

On the last episode, Annie and McQuaid had to sneak into Russian territory in pursuit of Belenko. Did you watch the last episode? If you missed it we have a full and detailed recap, right here for you.

On tonight’s episode as per the USA Network synopsis, “Annie and McQuaid’s relationship deepens while tracking down Belenko’s next target”

Annie and co. survived Belenko but their fight is far from over. Belenko is tracking one of their own and he’s willing to do anything to get his hands on a man named Decker. Decker was once a CIA operative but he left after the job had begun to get to him. It was a wise choice although officially it wasn’t authorized by his former bosses. Something Auggie was later taken to task for.

Auggie had been the one to actually fake Decker’s death. He did that because Decker was such a good friend of his. But the sad truth is Auggie hasn’t heard from Decker for a while now. He had sent the other man an SOS when all their friends were getting killed off and yet Decker never responded. Which was odd of him. So Auggie had to track him down and that wasn’t as easy as he thought.

Decker had relocated to Buenos Ares and it seems like he had adjusted to the area quite nicely. He made some friends and had even coached the local children’s soccer team. Though that all changed after a known drug dealer started to target one of the kids he coaches.

Decker tried to warn the dealer off and the dealer paid off a cop and judge in order to get him imprisoned. So Auggie needed Joan’s help in getting Decker released and truthfully she was still kind of upset that Decker was alive in the first place.  But she did tell Auggie that she’ll see what she can do.

Though she could probably do more if Calder would deign to show up at the office. Yet he’s been MIA since his girlfriend/ asset was shot.

Calder is taking the shooting pretty hard. He even threatened a Russian national just to find out who had shot Sydney/Stephanie. But all that did was get the Russian embassy on Joan’s back. So she told Calder she’d talk them down. However Calder needs to get his head in the game.

The Russian Embassy as it turned out didn’t need to have their hands held. Joan spoke to them and they seemed to what to make amends for what Belenko has been doing. They even and some would say quite generously offered to help bring Belenko in.

So right away Joan knew something was up. If the Russians are bending over backwards to help then that must mean Belenko knows something he shouldn’t and the Russians want him dead.

Later Joan reached out Annie to ask for a favor. She told Annie that if she were to come into Belenko that it would be beneficial to capture him alive. But Annie told Joan that she and the rest of the guys were literally doing their best to escape running into Belenko.

Still, she did say she will see what she could. In the meantime though Annie, Auggie, McQuaid were busy planning a prison break.

Belenko had planted tracker on Auggie and because Auggie was still is so much pain – he didn’t feel anything different. So Auggie essentially led Belenko to his friend. And the only way to fix that was to break Decker out of prison.

Breaking him out was a two man job so McQuaid volunteered to go in. Which Annie hadn’t agreed with at the time but went along when it looked like the best option.

However, as McQuaid and Decker were inside, Belenko and his men showed up. And Annie didn’t know what to do. She was in a secure positon but she didn’t want to risk the operation. So she stayed put and let Belenko get away.

And funnily enough Decker had tried to catch an attitude with her for making that decision.

Decker felt they should have just gone after Belenko when they got the chance. His reasoning was that there wasn’t a point in keep running away when they have someone out there continuously hunting them. And while the others may have agreed with him – their first mission was to whisk off to safety.

And once they did that, Annie and McQuaid did pursue Belenko. They led him into a trap and captured him alive like Joan wanted. But they soon ran into evidence of Russian involvement. Several dirty cops that were on Belenko’s payroll were openly murdered and left out on the streets as a message. And the message was the Russians wanted him dead.

So Annie and McQuaid could either risk their own lives protecting Belenko or they could give him up to the other guys. But whatever they do – they shouldn’t go to Calder for advice. The poor man recently found out who was behind Sydney/Stephanie’s murder attempt.