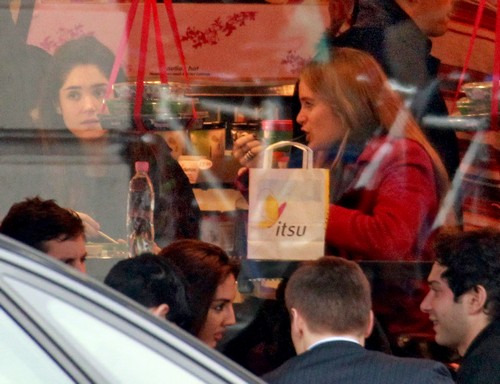 I have to wonder if part of Cressida Bonas’ appeal is that she doesn’t jump through hoops to accommodate Prince Harry’s every request. Perhaps he really does enjoy the challenge that she constantly presents. As is tradition, the entire Royal Family gathered at Queen Elizabeth’s estate in Sandringham to celebrate the holidays and Cressida was also invited to be there as Harry’s guest. It was one more step towards making her a serious presence with the royals. It has been rumored that Harry is ready to settle down and that he intends to propose in the coming year but Cressida is dragging her feet.

According to the Jan. 13th print edition of US Weekly, it is revealed that Cressida turned down the invite because she couldn’t handle the stress of meeting the entire Royal Family under such important circumstances. This isn’t the first time that Harry has been ready to take an important step forward and Cressida has halted him in his tracks. It’s one of the reasons that Kate Middleton isn’t exactly Cressida’s biggest fan and she thinks that the relationship is ultimately doomed.

It’s pretty obvious that Cressida isn’t yet ready to give up her current life in order to fall into line with the royals. She’s also smart enough to realize that once she steps out with Harry for a formal engagement she will be under intense scrutiny from that point on. Do you think Cressida will ultimately be the woman that Harry marries or does she already realize that the royal lifestyle isn’t for her? Tell us your thoughts in the comments below!