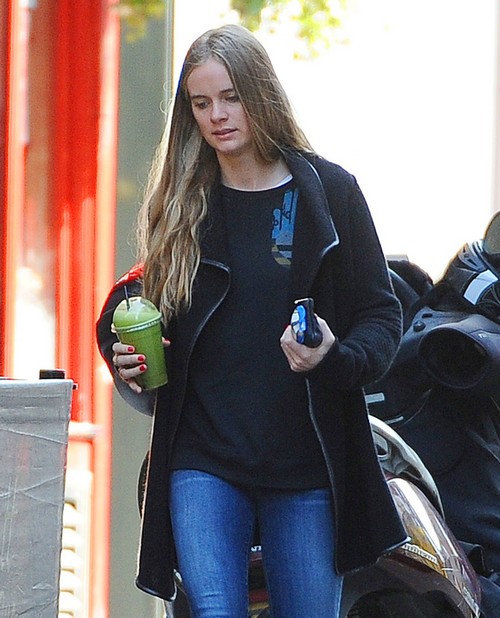 Cressida Bonas and Prince Harry may have broken up recently but that doesn’t mean that she has any intention of avoiding the royal family all together. In fact she was recently spotted at Annabel’s nightclub in Mayfair with Princess Beatrice. It was an interesting place for the 24-year old to be spotted since it usually draws an older and more refined crowd. That doesn’t mean that Cressida didn’t fit in though. She showed up in a clingy royal blue dress and carried herself like she was a princess herself.

Bea is actually the one that introduced Harry to Cressida so it’s not too surprising to see the ladies together. Cressida sent an interesting message too, depending on how you choose to translate it. Either it was an attempt at proving to the world that she is just fine on her own or else she was trying to provide Harry with some visual inspiration to get back together. Meanwhile Harry is reported to have already hooked-up with a blonde socialite while attending Guy Pelly’s wedding last week.

Cressida Bonas is usually depicted as a free spirit and we rarely see her dressed to the hilt. This proves that she certainly cleans up well when needed and that she can look the part for royal appearances. Do you think that Cressida is regretting the split and actually would like to give her relationship with Harry another shot? Do you think he saw these photos of her with Bea and wishes that they hadn’t split a few weeks ago? Could a reconciliation be in the cards? Remember Prince William and Kate Middleton split up for a bit before reconciling and sealing the deal. Will Harry and Cressida do the same? Tell us your thoughts in the comments below!