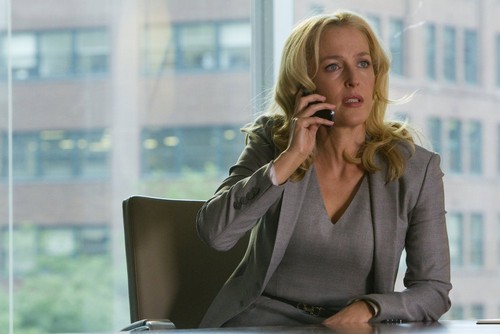 Tonight on NBC their new drama CRISIS airs with another new episode.  If last week is any indication we are putting this on our must watch list.  On tonight’s episode called, “If You Are Watching This I Am Dead,” emotions run high as the parents become pawns in the mastermind’s vengeful plot.

On last week’s pilot episode it was a field trip day for the students of Ballard High, a school that educated the children of Washington, D.C.’s elite, top-of-their-industry CEOs, international diplomats, political power players, even the President’s son. But when their bus was ambushed on a secluded rural road, the teenagers and their chaperones were taken, igniting a national crisis. Now, with some of the country’s most powerful parents at the mercy of one vengeful mastermind, the question arose: How far would they go and what would they become to ensure their child’s safe return?  Did you watch last week’s premiere?  If you missed it we have you covered, right here.

On tonight’s episode after a mysterious phone call, Meg Fitch (Gillian Anderson) must collect a large sum of cash in order to get her daughter Amber (Halston Sage) back safely. Meanwhile, the Pakistani Ambassador is tasked with doing the unthinkable to get his son back. Elsewhere, Dunn (Rachael Taylor) and Finley (Lance Gross) begin working together to track down the whereabouts of a missing secret service agent and uncover a surprising secret. At the mansion, the students of Ballard High School are tested by their captors. Dermot Mulroney, Michael Beach, James Lafferty, Max Schneider, Stevie Lynn Jones, Joshua Erenberg and Max Martini also star.

Will CRISIS be another huge hit for NBC? Well we’ll have to tune in tonight at 10PM EST and let us know what you think. We’ll be recapping all of the action  right here for you. The advance buzz on this show has been pretty good and old X-Files fans are always thrilled when Gillian Anderson pops up somewhere. Will you be checking out the action? Hit up the comments and let us know your thoughts!

Meg is trying to find a way to put together $20 million dollars as the call she received requested that amount as ransom for the safe return of her daughter (actually, her niece, we learned last week). Shortly after Meg’s call, other parents begin to receive similar calls as well. Each call ends with “how far are you willing to go for your child?”

Gibson gives Agent Hearst a pen and paper to write a note that he provided him with because he needs it to look authentic..coming from Hearst. Back at headquarters, Agent Dunn gives a frosty welcome to Agent Finley and tells him he is not supposed to be there. Just then FBI Director Olsen comes in and tells her otherwise. She is to work with Finley since he is the only one who saw the kidnappers.

The kids get their hands on newspapers and are trying to get as many details as possible about what is happening on the outside. They find out about Amber’s mom paying her ransom. Meanwhile, Dunn and Finley are in the car and Dunn is still very cold to Finley.  They arrive at the location they were tipped off about and find Hearst’s partner bound and gagged. This was the partner who was “sick” the day that Finley was called in to replace him. No one had seen or heard from his since, and now we find out why. After they set him free he pulls a knife on Dunn and Finley draws his gun. He was scared and only pretended to have gone unconscious. He doesn’t know either of the two of them and is trying to protect himself.

Meg speaks to Noah and tells him to get on the plane that is waiting for him. She gives him the update of what has been going on.

The kids are told to be quiet and get down on the ground. After their captors walk away and they are free to talk again, they determine it was likely a drone that was looking for them and if they were not quiet, it would have picked up on them, which is why the kidnappers demanded silence.  Meg is in the car driving to the location she was told to go to. Gibson calls her to make sure she is nearby.  She is met by a man who takes the money from her and her car. She is told to open the truck to the car in front of her. She believes her daughter will be in it. She only finds an envelope with her picture. She realizes she’s been had and immediately decides it’s time to call her sister, Agent Dunn.  They meet and Meg tells her everything.

At headquarters, Anton is still around while his mom is finishing up some conversations. He goes over to talk to Finley. Finley asks Anton whether or not there was a boy from Pakistan on the bus. Anton tells him that he must be referring to Aziz.  He thinks he is on to something, and shares it with Dunn. They pay a visit to the Ambassador. They begin questioning him and he shares what he was told to do in order to get his son back. Both agents help him to get a key card he was supposed to acquire. Once they open the door to the location the key card is for, they see two American soldiers laid on table with monitors. They are completely out. It looks like some sort of medical facility.

Meanwhile, Beth Ann and Ian try to make noise when they believe the drone has returned. Gibson sees this in the monitor and allows one of his men to hit both of them, knocking them to the ground. Gibson instructs Koz to shut down the FBI’s communication and get the soldiers. The ambulance was obviously working with Gibson and was planning to transport the bodies to him. Finley figures this out just in time and a shootout ensues.

Back at headquarters, they find a GPS tracker within the FBI and see that it is attached to the picture Meg gave Dunn.  When Meg sees on tv that Aziz was reunited with his parents, she is angered that she has not gotten Amber back yet, Just then Gibson calls her and she demands to know why Amber is not back with her. Gibson replies that they are only just getting started. Noah walks in and asks what she’s done. Meg replies that she lied to her sister. Then she hands him the note that she had received in the envelope that read “Get this picture to the FBI.”

Later, Gibson is playing a victim and leaves his station as if he had been released by the captors so that he can see Beth Ann. They see each other and hug. Next week is sure to be another nail-biting episode. See you here next week!