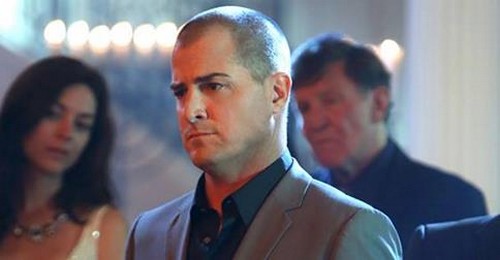 Tonight on CBS CSI: Crime Scene Investigation returns with an all new Sunday November 23, season 15 episode 7 called, “Road to Recovery”  and we have your weekly recap, below for you. On tonight’s episode, a woman full of drugs and alcohol is found dead in a swimming pool at rehab facility.

On the last episode, a frustrated CSI team investigated a series of serial homicides & dealt with another victim turned up dead surfaced & all evidence pointed to the Gig Harbor Killer. Guest Starring: Mark Paul Gosselaar as Paul Winthrop & Jared Briscoe, Patricia Arquette as Avery Ryan, Tina Huang as IA Karen Park, Phillip Marshall as IA Detective Lionel Ford. Recurring Characters: Larry Mitchell as Officer Mitchell, Mark Valley as PI Daniel Shaw. Did you watch the last episode? If you missed it, we have a full and detailed recap right here for you.

On tonight’s episode as per the CBS synopsis, “the CSI team investigates the death Daycia Fox who was drinking, dancing and doing drugs at a club, like she didn’t have a care in the world. Unfortunately, things don’t end well for Daycia. She winds up face-down in a swimming pool the next morning, in the backyard of a vacant house. She’s in her bra and underwear, dress and shoes discarded nearby. After they pull the body out of the water, David Phillips notices bruises on the back of her neck and skin under her fingernails. It looks like someone might have held her underwater, but she put up a fight. Nick catches sight of club VIP bracelets on her wrist, and a blacklight reveals several stamps on the back of her hand—she visited more than one club the night she died.”

Tonight’s episode of CSI opened with a carefree drunk/self-drugged up party girl enjoying herself at some club or another. But unfortunately, by the next morning the party was most definitely over. At least for her. Sadly, Daycia Fox was found dead floating in someone else’s pool.

The neighbors have been complaining over the last couple of months about kids sneaking into the vacant house next door and using its pool. Yet no one (officially) ever came around to shut the parties down. Until eventually Daycia and her killer found the place. And now it’s been roped off as a crime scene.

As for the investigation itself, several guesses were made about their victim but nothing came close to the truth about Daycia Fox. They assumed she was party girl and technically she was. But she had originally come to Las Vegas to receive treatment for her addiction. Daycia was a married woman with a very rich husband back home. However he had finally hit his limit with her. The drugs and the drinking had gotten to be too much for him. Nor did he like the way she ran off with other guys so he asked her to go to rehab. And from all appearances, she didn’t put up a fight about going.

Although why would she. Her “clinic” was run like a beautiful resort. There was a pool and free massages. And she could leave whenever she wanted. Yet in spite all of that, Daycia didn’t really want to stay. She snuck out and her councilor didn’t even seem that surprised by it when he heard.

Apparently Daycia had a habit of sneaking out. He claims Daycia only sought treatment to please her husband. And that she didn’t actually want to be at the clinic because she didn’t see anything wrong with her own behavior.

Though evidence, like the water found in her lungs, revealed she wasn’t killed at the pool she was found in. She was actually killed in her bath water at the clinic. Meaning she returned to the place after her night of partying.  And someone murdered her there, cleaned up, and then proceeded to drag her body a mile away to dump it.

So someone must have seen her killer at the clinic. Addicts don’t generally sleep all that comfortable or through the night for that matter. But no one came forward with information. It seems they all gave Daycia a wide berth. She was trouble and she risked the others own sobriety.

Thus when they found out the councilor had been the one to dump her body – he explained to them that Daycia had been poisonous enough in life that he didn’t want her to bring down the clinic in death.

Daycia’s councilor Adam said he had found Daycia at the club and that she had looked pretty out of it. So he escorted her back to the clinic to clean herself up. Though when he went back a few hours later to check in on her – he found her already dead. Hence he moved the body. He wanted to avoid backlash against the clinic and he covered up a crime while doing so.

Daycia’s husband had found Adam and had shot him when he believed the other man responsible for his wife’s death. But what her widow couldn’t understand is that Daycia was always going to die early. And there was nothing anyone could have done to stop it. She just was that self-destructive!

When Daycia had returned after her night of partying – she hooked up with one of the other patients at the clinic. She fed Zach booze and drugs until he was so out of it he was willing to sleep with her without once second guessing such a reckless decision. And the poor man woke up from his hangover not knowing whether or not he killed her by accident. Thankfully he didn’t but he hadn’t known that in the beginning.

No Daycia was reckless to everyone she had been around. She had targeted another patient and that was what led to her downfall. Len Bryant merely wanted to complete his thirty days at the clinic. His custodial rights over his two boys were dependent on him finishing out his sobriety. And Daycia knew this but didn’t care.

She had left a bottle of scotch (the same brand he admitted to having a weakness for in group therapy) on his nightstand. And he had confronted her about it. Though Daycia didn’t seem to get what the big deal was. She simply laughed at him for being so serious and then began to drink the scotch right in front of him. So Len snapped.

He strangled her and afterwards tried to cover it up. He forced water into her lungs after she was already dead by using a tube and then he made the mistake of leaving his DNA behind on it. Once the ME realized they had gotten the cause of death wrong – they searched the clinic and found the tube where anyone could have found it. Len had valiantly tried to wipe the evidence clean but his wasn’t as thorough as he thought

Then from there it wasn’t that hard to get a confession out of Len. It appears that deep down he wasn’t that much of a killer. He just was a man desperate to see his kids and he removed all obstacles to that when they appeared!