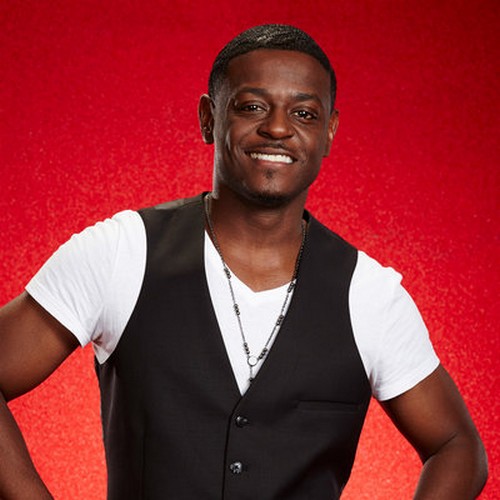 Team Adam’s Damien took the stage tonight on The Voice for his Top 5 video performance. Damian sang “She’s Out of My Life” by Michael Jackson  On tonight’s show the remaining artists from each coach, Blake Shelton, Adam Levine and Gwen Stefani’s team performed live for America’s vote and the chance to move on to the Finals. Did you miss tonight’s episode? If you did we watched it and we recapped it here for you.

Adam chose the song for Damien tonight because he said, “it’s seriously one of the most vulnerable and emotional songs from Michael Jackson; he knows Damien can knock it out without a doubt.”

The judges had this to say about his performance, “Blake says that had to be one of the most perfect performances he’s ever heard, he is always on the edge of his seat to watch Damien top his last performances. Pharrell says he loves how every time he comes out telling his story, the lyrics change but every week he loves getting more of Damien. Gwen says she can’t believe he took a Michael Jackson song, but did it so much justice. Adam says that Damien wasn’t so sure about the song, but is happy that Damien trusted him anyways and was proud at how well he did.”