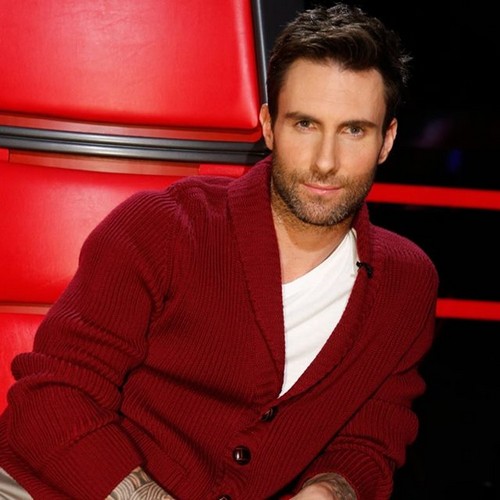 Tonight on NBC the Emmy award winning music competition The Voice continues with an all new Monday December 8, season 7 episode 24 called, “Live Semi-Final Performances,” and we have your weekly recap below. On tonight’s episode, the semifinal round opens with the Top 5 artists performing.

On the last episode, America will voted to eliminate three artists and the remaining five continued in the competition with coaches Adam Levine, Blake Shelton, Gwen Stefani and Pharrell Williams. Carson Daly (“Last Call with Carson Daly”) hosted. Did you watch the last episode? If you missed it, we have a full and detailed recap right here for you.

Tonight’s season 7 episode 24 is going to be exciting. We’ll be blogging it right here for you. In the meantime hit up the comments section and tell us your thoughts on season 7 of The Voice and the two new judges, Pharrell Williams and Gwen Stefani.

First up is Blake Shelton performing on stage with Ashley Monroe with the song “Lonely Tonight”.

Adam chose “She’s Out Of My Line” for Damien tonight, it’s seriously one of the most vulnerable and emotional songs from Michael Jackson; he knows he can knock it out without a doubt.

Blake says that had to be one of the most perfect performances he’s ever heard, he is always on the edge of his seat to watch Damien top his last performances. Pharrell says he loves how every time he comes out telling his story, the lyrics change but every week he loves getting more of Damien. Gwen says she can’t believe he took a Michael Jackson song, but did it so much justice. Adam says that Damien wasn’t so sure about the song, but is happy that Damien trusted him anyways and was proud at how well he did.

Next up is team Blake with Craig Wade Boyd, Blake gave him the song “Working Man Blues” by Merle Haggard; taking the song in a whole new direction nobody has seen before.

Pharrell says that is the kind of performance you see from someone who knows who they are as an artist, he can’t wait to hear what his album sounds like. Gwen says that thing about him is how natural he is working the stage and singing so flawlessly; it was perfect. Adam says it’s rare to see somebody who comes in on his own, knowing who he is right now is so powerful. Blake says he has no idea where to being, Craig is one of the best singers he’s heard in his life; he loves how he takes a melody and controls it completely.

Next up is team Gwen with Taylor John Williams and Gwen gave him the song “Falling Slowly” by Once, it’s a romantic song and a big favorite of John’s so she can’t wait to hear him sing it tonight.

Adam says that he loves the song and thought it was the perfect choice, Blake says that the obvious three will show themselves in the semi-finals but he can’t believe how good all the performances are tonight. Pharrell says he can’t wait listen to his album as well. Gwen says she still feels like she is getting to know him, though knows he is a pure artist with a clear idea of what to do.

Next up is Matt McAndrew and Adam decided to pick a song he heard in Sons of Anarchy that he loved a lot, he chose the song “Make It Rain” by Ed Sheeran.

Blake says he is always blown away by how he gave such a Grammy worthy performance. Pharrell says he is surely a star. Gwen says she loves how he such a sweet guy with glasses, yet has a very spine chilling tone in his voice. Adam says he astounds him all the time because there is no one more humble or laid back as Matt, he can do anything

Next up is Chris Jamison and Adam gave him the song “Sugar” by his own band Maroon 5, Chris wanted to do this song on his own and knew Chris could kill it; it’s perfect for him.

Blake says that Chris did such a great job and really likes his falsetto, he just fills the room perfectly. Pharrell says that Blake is right, no one knew he had such an incredible falsetto. Gwen says it was really smart and it was very good. Adam says he is so proud of Chris and is proud of him being in the top 5.

Next up we Damien go back to his home town to see all the people he loves and his family means everything to him; they are the most supportive people in the world. It was the best day of his life and wants everyone to know not to forget to chase their dreams. Damien chose to sing “I Don’t Want To Wait”.

Blake says that he is running out of great things to say about him, he expects the ballad side of him but loved seeing him come up with something new. Pharrel says he has such a great voice and spirit; he loves him proving it with that song. Gwen says it was so cool to see him more upbeat, he has such a beautiful message when he sings. Adam says it was amazing and glad to see it all work; he is so proud of him.

Next up is Matt McAndrew who also went back home to his family and friends, the first thing he did was surprise his mother at work; she was so surprised and excited to see her son. A bunch of people came to support Matt, he thanks them all for voting and supporting him on his journey. Matt went to his first interview which he has no experience with, though it was a lot of fun to be on the news. Matt went back to see all the kids he taught at his school, the kids are all so proud of him and happy to see him again. Matt is going to sing “I Still Haven’t Found What I’m Looking For” by U2.

Blake says that he makes it seem so effortless, he does what everyone wishes they could do in a song. Pharrell says he completely crushed his last performance with this song, it was just an amazing execution. Gwen says that she was kind of sobbing watching his flash backs of going home, she loves him and his voice a lot. Adam says he has no idea what to say, he is just amazing.

Next up is Craig Wade Boyd who went back home to see his son; there was a bunch of people waiting at home to surprise him. He was so happy and brought to tears when he went to see his mom and dad there as well. He did an interview on the news and even did a home coming show for everyone there, he was so surprised to see the place packed when he once performed there with only 12 people in the past.  Craig is singing “The Old Rugged Cross”.

Pharrell says that Craig is seriously on the top of the world, he has such an amazing voice and soul. Gwen says she is crying again and he is always so grateful and singing so well. Adam says the scope and range of his voice is just brilliant, it was the perfect song with an even more perfect moment. Blake says he is so happy for him because Craig has worked so hard for this, he did such a passionate performance he has ever heard.

Next up is Taylor John Williams, he was so surprised to see all the support for him back at home; he even had his first radio interview in his life and it was a pretty good experience for him. He also did a show there that he had no idea he’d be doing, he really loves his life right now. Taylor John Williams is singing “Blank Space” by Taylor Swift.

Adam says that was awesome, he loves how he takes songs and kind of makes them his own; it’s a very important thing and loves it. Gwen says he is amazing as well and hopes they all vote for him!

The last performance of the night is Chris Jamison and he has finally gotten home to find his whole family there;he is a huge family person and was so happy to see everyone there and it means the world to him. Chris went back to his old working place where they named a pizza after him, he was even on the news for an interview; they all held a big welcoming party for him.  Chris is singing “When I Was Your Man”.

Pharrell says that he can just say that anyone from his home town are surely still standing for him, Gwen says that was his best performance yet; she could see he loved singing. Adam says that was honestly beautiful, he totally made it his own and felt it so much; he is proud of him.