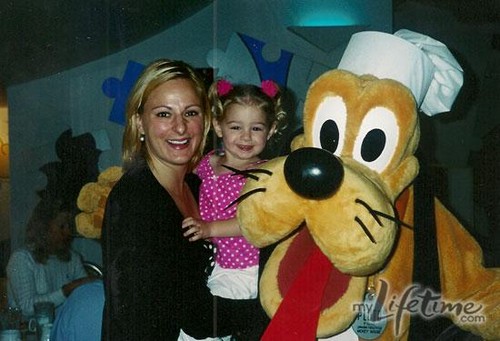 Tonight on lifetime DANCE MOMS continues with a new episode called, “Abby Strikes Back.”  On tonight’s show Brooke, Paige and Chloe are given a tricky trio to challenge Brooke’s pop star credentials, pressuring her to dance and sing.  Did you watch last week’s second episode?  If you want to get caught up you can read our full and detailed recap, right here.

On last week’s episode with the cloud of Abby’s open auditions looming over the team, everyone was on edge as the Abby Lee Dance Company competed with the Candy Apples for the first time since Nationals. Chloe and Kendall battled each other out for the number two spot and Dance Mom Leslie was feeling the pressure as Payton’s future with the team is called into question.

On tonight’s episode everyone is on edge when Abby announces she’ll be holding her first national open audition in Orlando. Meanwhile the fallout over Chloe and Kendall’s solos in the last competition continues as Jill accuses Christi of lying to help Chloe win. Brooke, Paige and Chloe are given a tricky trio to challenge Brooke’s pop star credentials, pressuring her to dance and sing.

Tonight’s episode is going to be another drama packed one, which you won’t want to miss. So be sure to tune in for our live coverage of Lifetime’s Dance Mom’s Season 4 Episode 3 – tonight at 9PM EST! While you wait for our recap, hit the comments and let us know how excited you are about the new season  of Dance Moms tonight.

Tonight’s episode of Dance Moms opens with Abby lecturing Leslie about her behavior. While she is reaming Leslie a new one, Jill breezes by and gives her a gift/bribe, a pair of earrings.

Abby heads into practice and reveals that she is holding open-auditions for her dance team. Christi is nervous that Abby is having auditions so that she can replace her daughter Chloe. She will be taking Maddie and Mackenzie to help her with the auditions. Leslie interrupts Abby and asks her why her daughter Peyton can’t go early too. Abby reminds Leslie to “stop speaking out of turn.”

The Moms take their seats, and Abby begins working on Mackenzie’s solo with her. She wants Mackenzie to inherit some of her sister Maddie’s solo skills.

The Moms are upstairs arguing about their daughters. Jill is upset that Kendall isn’t part of the trio. Jill thinks that last week Chloe got special treatment, by being allowed to go out of turn.

Abby is working with her trio, Brooke, Chloe, and Paige. During their routine there will be a microphone on stage, and Brooke will have to lip-sync the words. Brooke’s Mom thinks that Abby is jealous that Brooke is going to be a pop-singer, and wants to somehow be involved in her singing career.

While Maddie practices her solo, Abby has her little sister Maddie give her a foot-rub. When she is done, she gives her a tip.

The tie has come for Abby’s first open-audition. She is met by an auditorium full of dancers and their parents. Abby is on the hunt for girls who stretch every day before they go to bed, actually show up for booty-camp and can learn a routine in one day. She wants “a whole team full of Maddies.” The girls begin dancing, and Abby begins cutting them left and right. One of the mothers speaks up in the audience and corrects Abby, so she automatically cuts her daughter. One mother begins balling her eyes out and begging Abby for another chance when her daughter is cut. Melissa rushes over and tells her not to “speak out of turn because Abby hates it.”

The next day the Moms and their daughters head to Orlando for the competition. Jill and Kendall are late. No one knows where Jill is, she finally shows up extremely late. Christi points out how late Jill is. Abby screams at her in front of everyone and tells her she has “wacko priorities.” She tells her that she “saw twenty kids last night and they made mince-meat out of her kid.” Jill thinks Abby is a “nut.”

Maddie performs her solo first, and nails it. Abby and her mother Melissa cheer loudly for her. Maddie’s little sister Mackenzie performs her jazz solo next. Abby looks pleased, but says “she’s no Maddie.” Brooke, Paige, and Chloe perform their trio next, and Brooke has to lip-sync. Brooke’s Mom thinks she “went up on stage and nailed it.”

After their performances they head backstage, and Abby lectures Mackenzie about “playing it safe.” While Abby is lecturing Mackenzie someone rushes in and says “Peyton just fell.” They head into the rehearsal room and Peyton is on the floor crying hysterically. She says she hurt her ankle and she hear something “pop.” Paramedics come in and put Peyton on a stretcher and take her away. Abby lectures the rest of her dancers about performing their group dance without Peyton. She reminds them that “everyone is replaceable.”

The dancers take the stage for their group performance. Their Moms are freaking out because they had hardly any time to rehearse since Peyton got hurt. Abby thinks the “group looked good.”

After the awards Abby confronts Chloe, Kendall, and Brooke, and asks them why they didn’t win first place. Second place is not good enough.

She reminds Kendall that her Mom has threatened to quit the team multiple times and tells her “if she wants off the team just say so.”