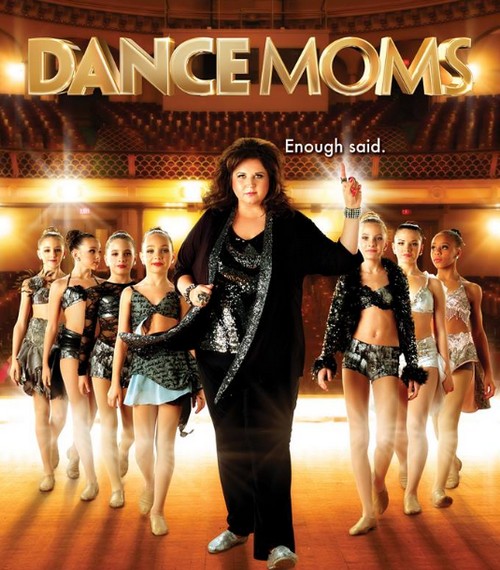 Tonight on lifetime DANCE MOMS continues with a new episode called, “Blame it on the New Girl.”  On tonight’s show Abby’s new completion team starts to take shape; a new girl tries out for the dance troupe; Cathy prepares her team to end Abby’s winning streak; Abby’s girls dance at a nursing home to cheer up her ailing mother.  Did you watch last week’s ninth episode?  If you want to get caught up you can read our full and detailed recap, right here.

On last week’s episode with wannabe Dance Mom Kira in tow, Abby traveled to NYC. Kira desperately wanted Kalani to compete against Maddie this week, but Abby didn’t want Maddie to lose, so she gave the other solo to Kendall.

Tonight’s episode is going to be another drama packed one, which you won’t want to miss. So be sure to tune in for our live coverage of Lifetime’s Dance Mom’sSeason 4 Episode 11 – tonight at 9PM EST! While you wait for our recap, hit the comments and let us know how excited you are about the new season  of Dance Moms tonight.

Tonight’s episode of Dance Moms opens with Abby telling her assistant Gianna that she is bringing in a new girl, named Fallon, she met her at one of her tryouts.

Abby brings in Fallon and her Mom and introduces her to the other dancers and their Moms.  Abby announces that she is building a new Junior Elite team and Fallon may be on it, she also reveals that Kalany is no longer on the team because her Mom doesn’t know how to follow Abby’s rules.

It’s time for Abby to reveal the pyramid from last week.  Kendall, Chloe, and Nia are all on the bottom of the pyramid.  Mackenzie and Fallon are on the middle of level of the pyramid.  The Moms are less than pleased to see Fallon above their girls on the pyramid when she didn’t even compete last week for the team.  And, of course Maddie is at the top of the pyramid.

This week Abby and her team are travelling to Toledo, Ohio for Intensity Dance Competition, and they will be competing against the Candy Apples.  Abby gives Fallon and Kendall a solo in the Intensity Dance Competition.  Abby warns her Mom Jill to keep her attitude in check.  Jill wants Abby to take the team to the hospital to do a little show for Abby’s sick Mom to cheer her up.  Abby agrees, but calls Jill out on “kissing her ass.”

The Moms head upstairs and Abby begins teaching the girls their new group routine for their next competition.  The Moms begin drilling Fallon’s Mom Cheryl about how old she is.

Meanwhile in Ohio Cathy and her choreographer Erin are working with her team for their group dance against Abby’s team.

The next day Abby and her team head to the hospice center where her Mom is staying, and put on a dance show for all of the patients.

After the show Abby heads back to the studio and begins drilling Fallon with her solo.  The Moms are excited to see whether Fallon pulls her solo off or fails at the competition.

In Ohio Cathy and her choreographer are preparing their soloist Gavin for the competition.

Fallon is having a hard time picking up the choreography.  The Dance Moms are afraid that Fallon is going to cost them their 10th straight win.  Abby heads up stairs and tells her Mom Cheryl that she wishes she had kept Kalany, because Kalany is a better dancer than her.  Cheryl argues that Fallon deserves a chance and starts crying, Abby tells her she is embarrassing her.

On the way to Ohio on the bus, Abby asks if their costumes are ready.  Cheryl reveals that she left Fallon’s costume at the studio, she didn’t know it was her responsibility to bring it.  Abby Lee is furious.

The team arrives in Ohio, and the Moms curse Cheryl out for not bringing her daughter’s costume with her.  Abby is annoyed because she has to go out and go shopping and find Falon another costume.  She tells her Mom she feels like she is “dealing with a charity case.”

It’s time for the Intensity Dance Competition.  Cathy’s dancer Gavin performs his solo, and then Kendall takes the stage.  Abby seems pleased with her performance, and Kendall’s Mom Jill thinks that she “nailed it.”  It’s time for Fallon’s solo, and this is her chance to prove herself.  Halfway through the performance, Cheryl’s mom gasps and says “she forgot it.”  Abby tells the judges to disqualify Fallon because she is “making this crap up.”  The Moms head to the dress-room and find out that Fallon cut her leg on the floor and that is why she improved.

Cathy barges in and tells Fallon that she thinks she did a great job, and the Moms kick her out of the dressing room.

Abby tells Fallon that she doesn’t want to hear her excuses, she screwed up, and everyone in the audience thinks she is a little kid that doesn’t know what she is doing.

It’s time for the group dances.  Abby’s team takes the stage first.  Cathy decides if Abby’s dance is better than hers then she isn’t going to send her team out to compete in the group competition, because she is tired of coming in second place to them.  Abby was shocked to see that Fallon nailed the group routine.

Cathy takes her team aside and tells them that their “dance isn’t ready.”  Her teams starts crying because they wanted to perform.

It’s time for the judges to announce the winners.  Fallon received third place for her solo dance, Kendall received second place, and Cathy’s dancer Gavin won first place.  Abby Lee’s groupd dance took first place in their division.  Abby is thrilled that her team has won the tenth dance competition in a row.

After the competition Abby took Cheryl and Fallon aside, she tells Fallon that she had her chance and she blew it.  She’s not ready for her dance team.

The moms run into Cathy in the hallway and begin heckling her for pulling her kids out of the competition, Abby Lee gets in a screaming match with her and calls Cathy a “coward.”