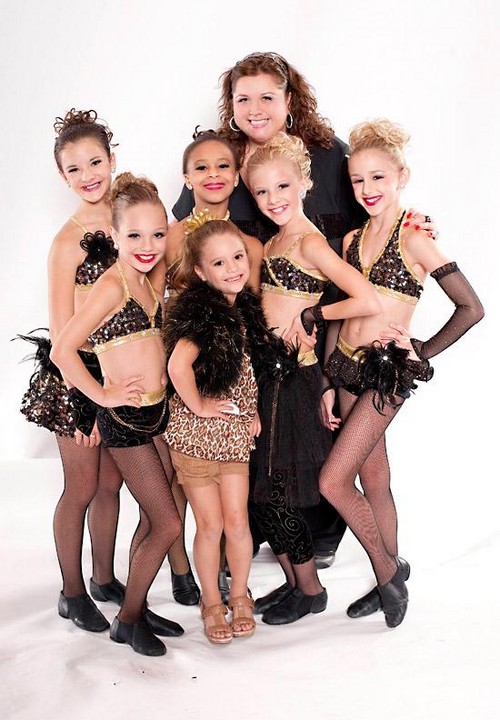 DANCE MOMS returns to Lifetime tonight for yet another great episode. In “Sister Showdown” Payton struggles to perform a challenging number that could determine her membership at the Abby Lee Dance Company. For the first time ever, Maddie and Mackenzie go head-to-head. Meanwhile Christi considers home school for Chloe.

On the last episode, with wannabe Dance Mom Kira in tow, Abby traveled to NYC. Kira desperately wanted Kalani to compete against Maddie this week, but Abby didn’t want Maddie to lose, so she gave the other solo to Kendall.  Did you happen to watch the last episode? If not we have a detailed recap of it for you right here!

On tonight’s episode Payton struggles to perform a challenging number that could determine her future with the dance company. Meanwhile, Maddie and Mackenzie go head-to-head in competition; and Christi considers homeschooling Chloe.

Tonight’s episode is going to be another drama packed one, which you won’t want to miss. So be sure to tune in for our live coverage of Lifetime’s Dance Mom’s Season 4 Episode 12 – tonight at 9 PM EST! While you wait for our recap, hit the comments and let us know how excited you are about the new season of Dance Moms tonight

Tonight’s episode of Dance Moms opens at Abby Lee’s studio. She is discussing last weeks performances with the dancers and their Moms. Fallon is no longer with them, for obvious reasons. Abby reveals her pyramid, Mackenzie, Peyton, and Nia are at the bottom of the pyramid. Peyton storms off crying. Abby follows her and her Mom into the bathroom, Peyton cries about how much she loves the studio and doesn’t want to leave and Abby explains to her that she needs to stop being a baby. They head back out to the studio and Abby finishes revealing the pyramid. Maddie and Chloe are in the middle of the pyramid, and Kendall is at the top this week.

Abby reveals that this week they are going to Maryland for the World Class Rock Competition. Abby explains that she brought Peyton back this week, because she wants her to lead their routine of “Kinky Pants” (which is about drag queens). This week Chloe, Maddie, and Mackenzie will be performing solos at the competition in Maryland. The Moms head upstairs and Abby begins teaching them their new routines.

After a few hours the Moms begin arguing, Chloe’s Mom is upset because Abby is spending all the time teaching Mackenzie and Maddie their routines, and still hasn’t finished teaching Chloe her solo. The Moms are convinced that Maddie already knew her dance, and Abby gave her an easy dance that she already knew. Maddie’s Mom Melissa insists that Maddie just learned her solo at the same time as Mackenzie and Chloe.

Abby begins working on the girls Kinky Pants drag queen performance, the Moms are scared that Maryland will be too conservative and not like their Kinky Pants group dance.

Abby Lee and her dancers and their Moms get on the bus and head to World Class Talent competition in Maryland. Once they arrive in the dress room, Abby lectures Mackenzie about how she needs to make the “Maddie Face” during her dance if she wants to win. After Abby leaves, Christi comforts Mackenzie and tells her that she doesn’t need to be her sister, and the “Mackenzie Face” is just as good.

It’s time for the dancers to take the stage. Maddie performs her tap solo first. Melissa thinks that she “nailed it.” Next Maddie’s little sister Mackenzie takes the stage to perform her solo. Mackenzie’s solo brought her Mom to tears. Up next Chloe Chloe performs her contemportary solo. Christi thinks Chloe “is still in the running” and has a chance to beat Maddie and Mackenzie.

The dancers take the stage in their drag queen get-up, and begin dancing provocatively, the crowd watches in horror. They definitely don’t get drag queens.

It’s time to announce the winners, Maddie’s solo took first place, Mackenzie won second place, and Chloe won third place. In a shocking turn of events, their group dance got a first place prize. Abby admits to the Mom that Peyton did a good job, but Mackenzie stole the show.

Leslie (Peyton’s Mom) flips out on Melissa, and tells her that now both of her daughter’s are on a pedestal and she will never understand how the other Moms feel. Melissa curses Leslie out and storms out of the dance competition.