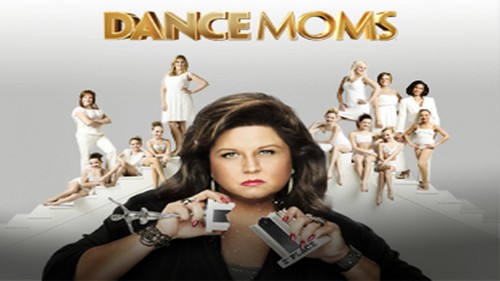 Tonight on lifetime Dance Moms continues with a new episode called, “The Battle of Maddie vs. Chloe.” On tonight’s episode, the rivalry between Maddie and Chloe is examined. Also: the part their moms play in it.

On last week’s episode, their moms have had the floor to air their feuds, frustrations and alliances; now, for the first time ever, it was the girls’ turn to dish the dirt. With guest appearances from Asia Ray and Vivi, the dancers spoke their mind on everything from Abby to their former teammates, the moms fighting, and everything in between… and there were no moms allowed!  Did you watch the last episode?  Don’t worry if you missed it we have your covered with a full and detailed recap, right here for you.

Tonight’s episode is going to be another drama packed evening, which you won’t want to miss. So be sure to tune in for our live coverage of Lifetime’s Dance Mom’s Season 4 Episode 19 – tonight at 9 PM EST! While you wait for our recap, hit the comments and let us know how excited you are about the new season of Dance Moms tonight.

Tonight’s special episode of Dance Moms: The Battle Of Maddie And Chloe features the tumultuous rivalry that has developed between Chloe and Maddie and their mothers over the course of the last four years on the popular reality show.

First Jeff Collins shares a clip of Dance Moms from Season 1. Christy and Kelly snuck off to a bar to have drinks during a dance competition. When Chloe took the stage, her headband slipped off and interrupted her dance routine. Abby snapped on Christi and informed her if she wasn’t drunk that her daughters costume would have been up to par before she went out on the stage.

The next clip Jeff shares is also another clip from many years ago. A tiny Maddie and Chloe were both given a solo to compete against each other at an upcoming competition. In the scene Maddie confesses she wants to beat Chloe before she takes the stage. At the end of the competition Maddie was awarded the first place prize, beating out Chloe.

The next chapter of the Maddie and Chloe saga began when Abby took it upon herself to boot Maddie up to Chloe’s age group because she thought that she wasn’t being challenged in the 8-Under category. In the old clip Abby makes the announcement that she is bumping Maddie up a category, and then the girls head to competition. Before she dances Maddie proclaims she isn’t scared to compete against older girls because she “always wins.” At the end of the competition Maddie is once again crowned the winner.

Next Jeff shares a clip of Christi and Maddie’s Mom Melissa going head to head. Christi is floored because Maddie has two solos and Chloe only has one. With Maddie dancing two solos there is no way Chloe can beat her. Christi begs Melissa to pull her from one of the solos but Melissa refuses, after the competition Christi has a meltdown in the dressing room and screams in Melissa and Abby’s faces. Abby informs her she needs to “quit drinking.”

The next video clip to air showcasing the battle between Chloe and Maddie was the infamous scene when Chloe broke down and froze on the stage. In an unexpected twist Abby actually comforted Chloe after the incident instead of screaming at her, and even went on to tell her that one day she would be a Broadway dancer.

Next up Jeff shares a clip of Abby announcing to the girls that a casting agent was coming to look at some of her dancers for an upcoming performance of Annie. Chloe was devastated when the casting agent chose to go with Maddie. However, another change came along and a music producer showed up to cast one of the dancers I a major music video. The Moms and dancers were all shocked when the producer actually chose Chloe over Maddie. After Chloe shoots the music video her Mom Christi is in tears and so grateful that “Chloe got back some of the sparkle that she lost.”

The final clip Jeff Collins shares is one of the few times that Chloe and Maddie actually worked together on a duet, “Black Swan.” After a week of tedious rehearsing Maddie and Chloe head to the competition and nail their “Black Swan” dance and receive first place.