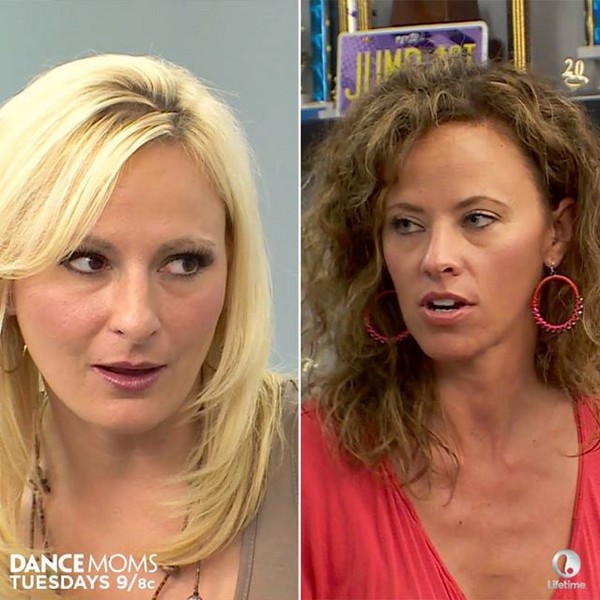 Tonight on lifetime Dance Moms continues with a new episode called, “Chloe Gets Revenge.” On tonight’s episode, Abby swaps Chloe and Christi for the Select Team’s Jade and Loree in the third head-to-head battle between the Elite and Select teams in Washington, D.C. Both teams are anxious to impress Abby when she announces that Nationals are just five weeks away. Meanwhile, Jeanette and Ava are excited to compete in a solo against Maddie, until it becomes obvious that the odds are stacked against them.

On the last episode the ALDC headed to Woodbridge, VA to face their toughest competition yet, Studio Bleu. Abby invited Select Team member Jade and new dance mom Loree to join the Elite Team for the week. Christi was in an uproar when Abby picked Chloe to compete a solo against Jade, two years her senior. Abby shocked everyone when she decided to pull the current group routine and start over from scratch, choreographing a dance about phobias. Did you watch the last episode of Dance Moms? If you missed it, we recapped it right here for you.

On tonight’s episode tensions are high when Abby swaps Chloe and Christi for the Select Team’s Jade and Loree in the third head-to-head battle between the Elite and Select teams in Washington, D.C. Both teams are anxious to impress Abby when she announces that Nationals are just five weeks away. Jeanette and Ava are thrilled to compete in a solo against Maddie until it becomes obvious that the odds are stacked against them.

Tonight’s episode is going to be another drama packed evening, which you won’t want to miss. So be sure to tune in for our live coverage of Lifetime’s Dance Mom’s Season 4 Episode 25 – tonight at 9 PM EST! While you wait for our recap, hit the comments and let us know how excited you are about the new season of Dance Moms tonight!

Abby calls the girls and moms in. She says nationals are coming up and she’s wondering who to take and who to offer solos. She says last time they won, Christy called her garbage and then Jade left them with a second. The other moms are annoyed about Jade but Loree says she wants her to dance with Abby. At the bottom of the pyramid is Mackenize since she wasn’t in the number. Next is Chloe because she came in sixth. Next is Nia because she was off in the routine.

Next is Jade since she came in third. Next is Kendall who did her part well and she says it’s starting to click. Maddie is at the top of the pyramid because her acting skills are improving. Abby says they’re going to Washington DC to Believe Dance Competition. Ava gets a solo against Maddie. Jill wants to know why not Kendall and Abby explains it.

Abby says she’s bringing in a friend – Rachael Sage – who wrote a song for Maddie called Happiness. She says she’s going to be working with her. Christi is annoyed and says Maddie is the sun and they all have to revolved around her. There are two group routines. She tells Jade she’ll dance with the originals. She tells Chloe that she’ll move over to the other team.

Loree says she feels bad about Chloe getting moved. Jill says obviously Abby won’t take on the originals but Holly says she’ll take both because it will double the opportunity for a win. Tami says they would love to have Loree back with them since they’ve bonded but are happy to have Chloe. Christi says Abby doesn’t like to see Chloe succeed.

She says keeping Maddie and Jade on the other team means she wants the other team to win, not theirs. She thinks the new moms need to get a clue. The moms are outside and Tami says she thinks Loree should want to be on their team since they won. Loree calls them fake and says they didn’t give her the benefit of the doubt.

Holly says it was a big happy family until the teams got pulled apart. The moms head in to watch rehearsal after the little cat fight. Christi sticks with them. Abby compliments Jade and Jill mocks it. Christi is annoyed that Abby is happy now that Chloe is gone. Rachael is there to present the song she wrote for Maddie. She tells Maddie she sees an innate genius when she dances.

Christi is annoyed that she’s flattering her so much in front of the other girls. She thanks her for inspiring her. Abby chases the moms out and Rachael sings and plays while Maddie dances. Loree says that’s really cool but the other moms don’t like it. Jill tells Jeannette that Ava is no competition for Maddie but her mom isn’t seeing it.

Christi says that Chloe is fine dancing with the other team, but they both have to suck it up. Ava is rehearsing her solo and is using an umbrella prop. Abby wonders if she can take the pressure of going up against Maddie. Loree comes to see the other moms and invites them to lunch. Christie bows out. Loree wants to talk to the select moms because they’re attacking her.

Jeannette says Ava is excited about her solo and says it’s her time to show what she can do. Christi says she should let her know that she’s being set up to fail but Jeannette says Christi is being negative. They watch rehearsal and then Jeannette gets more concerned that the umbrella prop is causing problems.
The ladies meet for lunch so Loree can try and explain her thoughts. Jodi is shocked that she brought Melissa and Jill as back-up. Loree says she wants Jade on either team but Jeannette says it’s like a smack in the face. Jill says that if they were asked to be on the elite team they would come over. The other moms think the lunch cleared up nothing.

Abby watches the First Ladies group number and gives notes. Then it’s time for America Gone. She wants this team to step it up. Christi talks about some of the cool stuff and says the choreography is better because Jade is in it, not Chloe. Jill thinks that Christi always has a glass half empty attitude.

Abby is running Maddie’s solo and says it’s good but she needs some more passion. Gianna gives notes too. Then it’s Ava’s turn and Abby hopes the umbrella will hide some flaws. Jeannette says she’s worried about the prop. Christi points out that the umbrella broke and tells Jeannette that Ava won’t win. She tells her to go talk to Abby about dancing without it.

Jeannette goes to talk to Abby and says she’s tooconcerned about the umbrella that it’s impacting her dancing. Abby says she’s irritating because she claims to be a dance instructor. Gianna says the solo comes with the prop. Abby explains that Ava’s arms are horrendous and the umbrella takes care of that. Jodi says Christi sent Jeannette into the lion’s den and kicks her out of rehearsal.

It’s competition day. Abby’s got her usual crowd of fans greeting her. Christi is in freak out/whiny mood as usual. The girls get ready and Loree wants Jade away from the negative energy of the other moms. Abby asks Jeannette the name of her studio and she says Broadway Dance and she says maybe it should have been off, off, off, off Broadway Dance. Burn!

The soloists are up first. Maddie is up first with her custom written song. Her number is great as expected . The crowd goes wild. Melissa says it went beautifully. Abby says Jeannette hasn’t developed Ava’s arms properly so the umbrella is required. She goes to do her number Drizzle. Halfway through the number, the umbrella turns inside out. She kept going with a smile, though.

Christi asks Jeannette if she’s annoyed and says she should hold Abby accountable. Jill thinks she’s egging Jeannette on and setting her up. Abby tells Jeannette that Ava screwed it up and then tells Ava to buck up, not cry and learn from it. She cries and tells Abby she’s sorry for disappointing her. Abby pulls her off her mom’s lap and says to stand up and get off her mom’s lap and grow up.

Abby tells her she’s fortunate and has no reason to cry. She tells her the world is full of kids with reasons to cry but she’s not one of them. She threatens to pull her from the group number. Abby calls the girls in for the group number. Jill is nervous that the other team may beat them and they’re the underdogs right before nationals. The other team comes out and Abby says the routines are comparable so she can decide who she wants for nationals.

Abby tells the girls she may take two teams but that doesn’t mean she’ll take them all. She tells them their dancing today will decide it. Christi says this is Chloe’s most important group performance in a long time. First up is First Ladies. The number is lovely and looks like it went off without a hitch. Jill says she thinks the select team did a lovely dance and Chloe looked great, but says their group will be better.

Next is America Gone and Melissa is worried what will happen with nationals if the girls don’t win. It looked great. Abby thinks both performances went off great with no mistakes and says it’s going to be a tight race. Third place solo goes to Ava. Jeannette says she wins first when she dances for her. First place goes to Maddie, as expected. Melissa is thrilled.

The group results are one-tenth of a point between second and first. Second place is America Gone and first place is First Ladies. Holly is upset they’ve lost three times against the select team. Abby comes in the room and says she won. Abby says she really thought the group results would go the other way. Christi says this is because Abby can’t ever give Chloe credit.

Abby tells Ava she’s disappointed with her third. Christi pulls an I told you so. Abby tells her she’s not a good fit. She asks Tea to stay. Loree reminds her she called her a traitor when she stayed. Tami just beats it down. Abby tells the others to learn from the experience. Jeannette says Christi has no clue. Ava is crying and Jeannette tells her that Abby is dumb for not recognizing her talent.