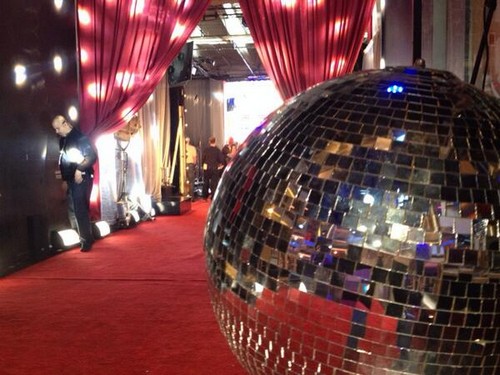 Dancing With The Stars is back tonight with an amazing recap episode filled with some of the greatest moments in this eighteenth season before we head to finale and find out who wins the coveted Mirror Ball trophy.

Last night, the final four couples performed; Amy Purdy & Derek Hough, Meryl Davis & Maksim Chmerkovskiy, Candace Cameron Bure & Mark Ballas, and James Maslow & Peta Murgatroyd.  By the end of the evening in a shocking elimination James Maslow was sent home.  Did you watch the episode? If you missed any of it, we recapped it right here for you.

Tune in tonight at 8 PM EST on ABC to watch some of the best moments of season 18 so far. We’ll be recapping it for you live right here. In the meantime hit up our comments section and tell us who you are rooting for!

In the Road to the Finals, we look back on the top three contestants to see how far they’ve come both physically and professionally in order to win the mirror ball trophy. And the first life story to be re-told just had to be Amy’s. She’s managed to be inspirational in a way rarely seen before.

At a very young age, Amy had contracted Bacterial Meningitis. It resulted in the loss of both of her legs as well as destroying her kidney function. Luckily at the time, Amy had her family to support her. They were there to help get her back on her feet and her father ended up donating one of his own kidneys.

Amy was born with legs and yet remembering that has sometimes stood in her way. Occasionally, throughout her time on Dancing with the Stars, she would think about how her dance with Derek was supposed to look instead of accepting what she could do. However her ability to dance at all is practically miraculous. And something her family feared they would never see again.

Amy has always been a performer at heart. Her parents recount seeing her enjoying the stage and for a minute there they thought that special ingredient would be loss after her run-in with the virus. But one of the first things Amy was able to do afterwards was dance. She started to dance again before she learned to walk again.

Now four different prosthetic legs (for certain dances) later and she’s close to winning the whole competition. Her dancing partner Derek is to be thanked for most of it though. His choreography and his patience in teaching Amy was what made her shine. Without him it would have been different story and the audience got to see how much she knowingly appreciated him in return.

Although the original Valley Girl’s (her words) story isn’t as unique, that doesn’t mean Candace is any less deserving to win. She’s had to be strong in her own right and rather than keep comparing her to others – appreciate what she has done. Sure, she started off a wobbly dancer, but what makes her stand out is how far she’s come. Candace improved by the week on the show.

Also here’s an openly devout Christian who’s had a place in people’s lives for the better part of twenty years. So let’s not forget that came with its own disadvantages.

Candace started off as DJ Tanner on the popular TV show Full House. And unbeknownst to the audience that’s left behind something of a perfectionist complex. As in she would have full blown panic attacks at the idea of Live TV simply because she wouldn’t be able to hide any of her flaws (be it real or just in her head).

It’s typical seen in a lot of child actors. They’ve grown accustomed to getting their lines and performances right and it feels like a personal failure when something goes against plan. The judges had thought it was merely a case of the jitters and so they assumed as performance began to get better that she was also gaining confidence. She was, but that could be put down to the professional help she wisely sought out as well as having a partner that was willing to do breathing exercises with her.

Mark stepped in to be her teacher as well as her coach. He was there helping her with her crunches and calming techniques. And it’s very important to point this out because he did not snap at her as others would have.

Makism has a temper and at any other time it would be seen as cringe worthy to watch him unleash it on his partner. This season was different and that’s all due to Meryl. She’s a perfectionist on her own, but one of the reasons why she could win is the fact that she knows how to handle Makism.

She soothed him through his temper tantrums and if he wins his first ever trophy then it all be because of Meryl. Even the judges see it that way. They believe she brings out the best in their resident bad boy. And everyone including the audience wants something to happen between these two.

So who will this season? The Come-back Kid, The Child Actress That Did Good, or The Love Story?