Dancing With the Stars Recap “The Switch Up” Jessie J: Season 19 Week 5 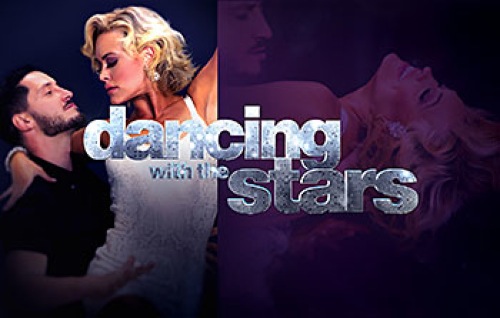 Tonight on ABC Dancing With The Stars continues with an all new Monday October 13, season 19 week 5 episode called “The Switch Up”. On tonight’s episode America’s votes are in and the nine remaining celebrities will switch professional dance partners in this fifth week of competition. International pop superstar Jessie J will guest judge alongside Julianne Hough, Carrie Ann Inaba and Bruno Tonioli in addition to kicking-off the night with a medley of her hit songs “Bang Bang” and “Burnin’ Up” featuring the Pros. For the first time this season couples will dance to new styles of dance including Hip-Hop, Burlesque, and Flamenco among others. Celebrities will perform one routine with their “switch up” partner and return to their original dance partners the following week.

RECAP: Leading off the competition tonight, we start with the first couple:

Judges Comments: Julianne “I love that you came in with so much heart and so much passion. I love your facial expressions, but you had a disconnect with your partner.” Bruno: “The rhythm and the timing is so hard, there was a slight disconnection. You put the work in, but be careful of the timing.” Carrie Ann: “You brought it out, it is the best and most confident that I have seen Antonio.” Jessie J “It was amazing, I loved seeing your face and how much you wanted it, massive congratulations.”

Judges Comments: Bruno: “You look so good together, blossoming in confidence, you are like a young Madonna.” Carrie Ann: “You have swag, I didn’t expect you to be that good. I love the hip hop, the ballroom was sticky.” Jessie J: “The word “Attack” you could use when describing yourself because you attacked it.” Julianne: “I was surprised, you completely held your own and it was really wonderful.”

Judges Comments: Carrie Ann: “There moments of brilliance, but so much of it was wrong. I could see the potential, but there were too many mis-steps.” Jessie J: “It made me feel uncomfortable and nervous. I could feel you wanted it better than it was.” Julianne: “I was holding my breath and not in a good way. There was a fear that was happening in that dance.”

Judges Comments: Jessie J: “I was so drawn in, there was such a connection and I wanted the story to continue. It was amazing, your lines were great.” Julianne: “The first partnership that I believed tonight, the connection was amazing, the first time we saw this from Alfonso, it was great.” Bruno: “It was scorching, it was great.”

Judges Comments: Julianne: “There is no denying that was sexy, but that was not Burlesque, it was raunchy and sexy.” Bruno: “Never too sexy for me honey! You went for it, you can tease all the time.” Carrie Ann: “I appreciate that you were able to do all the lifts, but it just wasn’t Burlesque.” Jessie J: “I really enjoyed it, it must have been hard. I liked it.”

Judges Comments: Bruno: “I know exactly what happened, all the polish was on the car and not the routine. There was not one step on time.” Carrie Ann: “When you can’t dance, make us laugh – you did that.” Jessie J: “It was like you did it, it wasn’t amazing, but it was consistent.” Julianne: “It is week five and that was uncomfortable, it is entertaining, but not good.”

Judges Comments: Carrie Ann: “I think the song choice was too slow for the mambo. You got the groove going on though.” Jessie J: “You were so relaxed, you did really well.” Julianne: “This was the first time that I have seen you so tired, I feel like we have seen everything and you are running out of material.” Bruno: “It was a mambo too slow, you hit a few bumps on the road but you made it to the end.”

Judges Comments: Jessie J: “It was really clean, your lines were great, it was on point.” Julianne: “That was so great, your body and your long limbs are so perfect for this type of style.” Bruno: “Your swivel action on your feet were spot on.” Carrie Ann: “You have to be careful, don’t rush the music, although it was still magnificent.”

Judges Comments: Julianne: “This is the first time I have seen you hesitate. I feel like you were unsure.” Bruno: “It was a treat to me.” Carrie Ann: “I actually loved it, I thought that Lea executed great.” Jessie J: “Your acting and dancing was the best tonight.”