Dancing With the Stars Season 18 Spoilers: Nene Leakes To Use Her Stripper Moves To Win Mirror Ball Trophy (VIDEO)

BY Amanda Austin on March 6, 2014 | Comments: one comment
Related : Dancing With the stars, NeNe Leakes 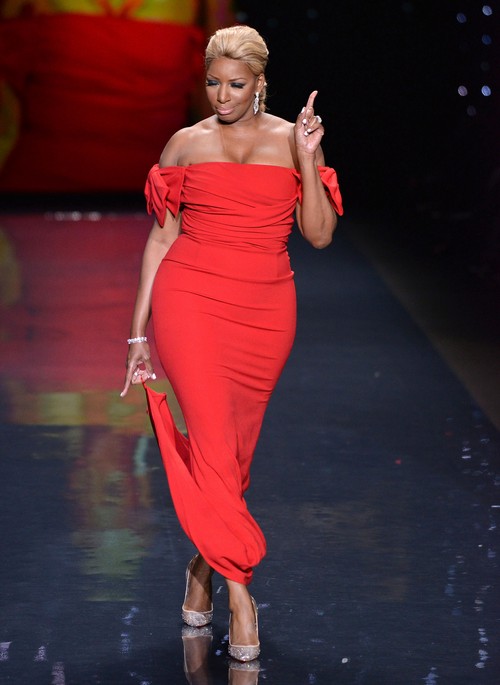 This week ABC revealed the Dancing With the Stars Season 18 cast on Good Morning America. Among the twelve celebrities scheduled to appear on this season of DWTS is Real Housewives of Atlanta’s star Nene Leakes. Leakes will be partnered up with professional dancer Tony Dovolani when the series premieres on ABC March 17th.

Bravo’s Housewives haven’t had the best luck on Dancing With The Stars, cue jokes about RHOBH Lisa Vanderpump’s fainting scandal (I guess we will never know whether it was staged or not). Leakes has quite the battle ahead of her if she plans to take the DWTS Season 18 crown, seeing as how she is going up against not one, but two Olympic Medalist figure skaters.

RHOA Nene Leakes is confident she can keep up this season of Dancing With The Stars though, after all she has a secret weapon that none of the other dancers can say they have. Leakes has never been discreet about her history as a stripper, or “exotic dancer” as she likes to call it. And, she plans to use her “exotic dancer” skills on Season 18 of Dancing With The Stars.

In a recent interview with Extra regarding her DWTS competition, Nene boasted that she “had something the Olympians did not” in reference to her history as a stripper. She also went on to slam her Olympian competition by stating, “I know a lot of them are skating, but a lot of them may not have soul. They may be stiff and not really loose with it and able to roll and move.”

So DWTS fans, do you think Nene Leakes stands a chance of winning Season 18? Who do you think will take first place this season? Share your picks in the comment section below.

NeNe Leakes at Go Red For Women The Heart Truth Red Dress Collection fashion show during Mercedes-Benz Fashion Week at The Theatre at Lincoln Center on February 6, 2014 in New York City – plus don’t miss the pic that clearly shows that NeNe had a nose job.