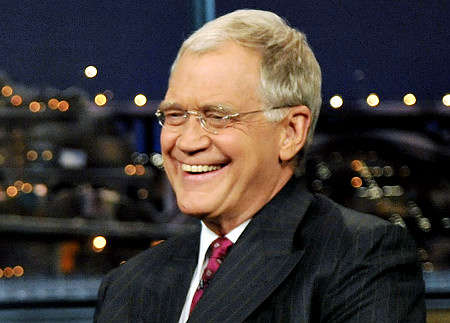 During a taping of ‘The Late Show’ on Thursday, David Letterman announced that he would be retiring in 2015. Mike Wills, a musician that was performing during that show, also confirmed the news via his Twitter, so we know it’s not some hoax or prank.

It’s still another year to 2015, but once we reach the end of the ‘Late Show’, Letterman will have hosted the show for 22 years. Wowza.

He previously hosted NBC’s Late Night show for 11 years, which was later bumped for Johnny Carson‘s ‘The Tonight Show’ to take its slot. Well, Letterman clearly outlasted Carson by a long mile, and in fact, he’s probably one of the oldest and longest-running talk show hosts in the country.

His rare brand of sarcasm and humor managed to make him a fixture in late night television for decades, and he has a fantastic relationship with many celebrities. He has never had any trouble landing major stars on his show, and he’s always had a strong rapport with the network as well.

We don’t know Letterman’s reasons for retiring, but it could simply be his age. He’s 66 years old right now, and by the time the show wraps, he’ll be 68. No doubt, he wants some time to spend with his family without having the stress of a job, and at 68, he’ll certainly have earned his retirement.

Alas, we can also expect a bloodbath of sorts as many lower tier hosts look to take over Letterman’s spot, but how will the network choose who to replace Letterman with? It’s a tough choice, and fan expectation won’t make it any easier.

What do you guys think about David Letterman retiring? Do you think it’s about time, or will you be sad to see him go? Let us know your thoughts in the comments below.