Days of Our Lives Spoilers: Rafe Flips Out On Nick Over Gabi – Liam Drugs Daniel and He’s Suspended From The Hospital 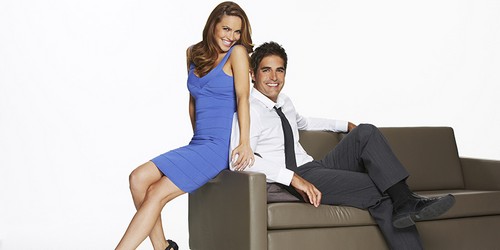 NBC’s popular daytime drama Days of Our Lives follows the mundane lives of a handful of “Average Joes” living and working in the fictitious town of Salem. I think I speak on behalf of everyone when I say there is nothing mundane or average about the characters and their drama on DOOL.

According to Days of Our Lives spoilers, Jordan’s trust issues are about to be the least of Rafe’s worries. Next week on DOOL Rafe will learn that Gabi has been keeping a secret from him, and has been getting very close to Nick again. Rafe and Nick will face off, and Rafe will wind up punching Nick in the face. Nick doesn’t take the assault well and threatens Rafe that he will seek revenge.

Nick isn’t the only psycho-path running around Salem right now. DOOL fans recently learned that Liam isn’t playing with a full deck, and his obsession with Jennifer has reached a scary and dangerous level. Liam is determined to break up Jennifer and Daniel, and he plans to do so by making Daniel look like a failure in the hopes that Jennifer will then dump him. Today on Days of Our Lives Liam saw his opportunity to strike against Daniel and seized it. He overheard Daniel mentioning that he drinks orange juice every day, so he snuck into his house and filled his orange juice with opiates. According to spoiler videos Daniel will head to work after drinking the drugged orange juice, and he will wind up being suspended from the hospital as a result of it.

So, Days of Our Lives fans, are you excited to see Rafe put Nick in his place? Who do you think is scarier Nick or Liam? Do you think Jennifer and Daniel will figure out that Liam is the person who sabotaged Daniel and put opiates in his orange juice? Share your thoughts and theories in the comment section below and don’t forget to check CDL tomorrow for more DOOL spoilers.