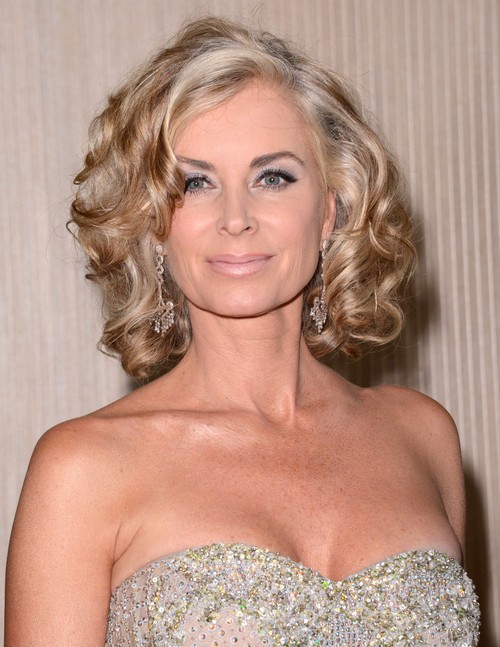 Days Of Our Lives fans have been anticipating the return of Eileen Davidson as Kristen DiMera for months now. July 28th is rapidly approaching and DOOL fans are ready for all hell to break loose in Salem. Kristen DiMera has been MIA since her car accident on her wedding day in 2013, when it was revealed that she had slept with Eric. After the shocking reveal, Kristen fled from her wedding in her car and was in a fiery accident, and never heard from again.

Days of Our Lives spoilers were released, teasing that when Kristen DiMera arrives in Salem, she kidnaps one of our favorite characters. DOOL fans have spent the last few weeks speculating who Kristen kidnaps and the possibilities are really endless. Kristen may want to kidnap her ex Brady — or maybe Theresa since she is now married to him. She also could go after Kate and Sami, since she most likely isn’t thrilled about them running DiMera Enterprises. Kristen also has an axe to grind with John Black and Marlena, since they are the ones who exposed her tryst with Eric on her wedding day.

Rumor has it that the Salem resident Kristen DiMera kidnaps is one of the last people anyone expected — Daniel. Although it’s still not clear why she would want to go after Daniel, DOOL fans believe it may have to do with a baby. Daniel is a doctor, so perhaps Kristen kidnaps him because she wants him to help her get pregnant. Or, maybe she is already pregnant and needs him to help her deliver the baby.

What do you think, Days fans? Do you believe the rumors are true? Does Kristen DiMera kidnap Daniel? What do you think her motives are? Share your thoughts and theories in the comments below and don’ forget to check CDL for all of your Days of Our Lives spoilers this week.