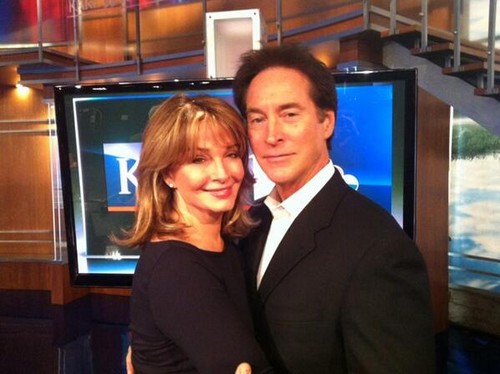 The week of March 3rd-7th looks to be an exciting one for fans of the popular soap opera Days of Our Lives. There will be a new character in Salem, an old character returning to Salem, and it wouldn’t be Days of Our Lives without some romantic turmoil. Here’s what DOOL fans can expect to see next week.

According to Days of Our Lives’ spoilers JJ Deveraux will be smitten next week when he meets a beautiful stranger. The new apple of JJ’s eye will go by the name of Paige, and is portrayed by actress True O’Brien. You may recognize the young, up-and-coming actress from her role on the Disney Channel series “Jessie.”

John Black’s (Drake Hogestyn) highly anticipated return to Days of Our Lives is scheduled to occur next week, on Tuesday March 4th. Hope and Marlena are less than thrilled to see John Black back in Salem. But, John’s son Brady has been battling an alcohol addiction, and his friends and family are at a loss. Although John Black and his son still have a rift between them from Brady’s relationship with John’s ex-wife Kristen, John may be the only person in Salem who can reason with Brady, and save him from himself. John Black also struggled with a drinking problem in the past, so he has a lot of insight and wisdom to share with Brady.

Also next week on Days of Our Lives, Aiden and Hope finally find some common ground while working together, and things heat up between Eric and Nicole. Rafe will be devastated after Jordan’s decision, and will find himself back on the market.

Are you excited so see John Black back on Days of Our Lives this week and stirring up drama? Let us know in the comment section below, and don’t forget to check CDL next week for more Days of Our Lives spoilers.