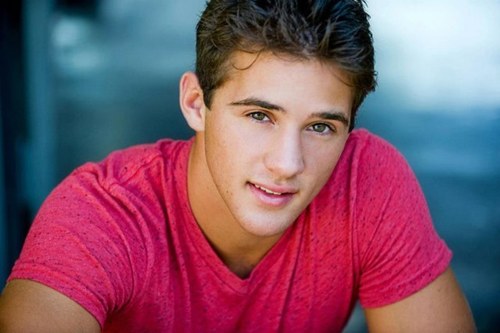 Days of Our Lives spoilers reveal that Eve Donovan’s plan to break up her daughter Paige and boyfriend JJ was an epic failure. Paige recently announced that she isn’t going away to university, and Eve thinks that if she and JJ break up, Paige will change her mind and go to the college Eve wants her to go to. Eve paid a prostitute named Jill to go to a party and seduce JJ, however Jill decided to go above and beyond the call of duty, and went as far as to roofie JJ and take pictures of them kissing while he was passed out and send them to Paige.

The only problem with her plan is that JJ realized he had been drugged and Dr. Dan took him to the hospital and did a blood test, and confirmed he was indeed roofied. According to Days Of Our Lives spoilers, Eve is dumbfounded when her daughter Paige forgives JJ for cheating on her with Jill, because Daniel proves to her that someone drugged him. DOOL spoilers also reveal that Eve might have underestimated JJ, because he is on to her, and has a feeling she is behind him getting drugged at the party.

Days of Our Lives spoilers in the September 29th edition of Soap Opera Digest reveal that DOOL fans can expect to see a tense altercation between JJ and Eve, when he accuses her of having someone drug him and trying to break up him and Paige. The magazine goes on to explain that Eve isn’t deterred by JJ’s accusations, they only inspire her to come up with a far more serious and vindictive scheme to break up JJ and Paige for good.

So Days fans, do you think that Eve is crossing too many lines, or is she just looking out for her daughter like any mother should? Will Paige eventually figure out what her mom has been up to and kick her to the curb? What could Eve’s new scheme be? Let us know what you think in the comments below and don’t forget to check CDL tomorrow for more Days of Our Lives spoilers.

I’m a little behind on DOOL right now, but my question is if what happened to JJ had happened to a girl on a college campus, would it be considered sexual assault? If it is true that he was drugged, then is Paige forgiving him for being sexually assaulted (making out counts too) and photographed by a hooker hired by her mother?

I love JJ and Paige.

It’s a good thing Eve’s plan didn’t work because my sister is ready to give up on DOOL because of Eve’s plan to break them up. I would miss our talks about the show if she stops watching.