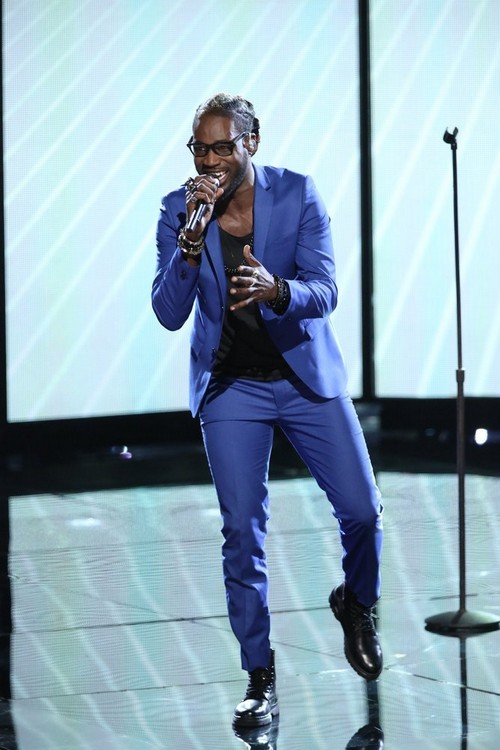 Delvin Choice took the stage tonight on THE VOICE for his Top 10 video performance.  Jake sang “Bright Lights” by Gary Clark, Jr.  On tonight’s show the remaining artists from each coach, Blake Shelton, Adam Levine, Usher and Shakira’s team performed live for America’s vote and the chance to move on to the Top 8.  Did you miss tonight’s episode?  If you did miss it, we watched it and we recapped it right here for you.

On last week’s episode Delvin sang “Unchained Melody” by The Righteous Brothers and Usher had this to say about his performance, “Delvin is a threat and that with a song like that it’s about showing off the pain; then he made it sound really happier.”