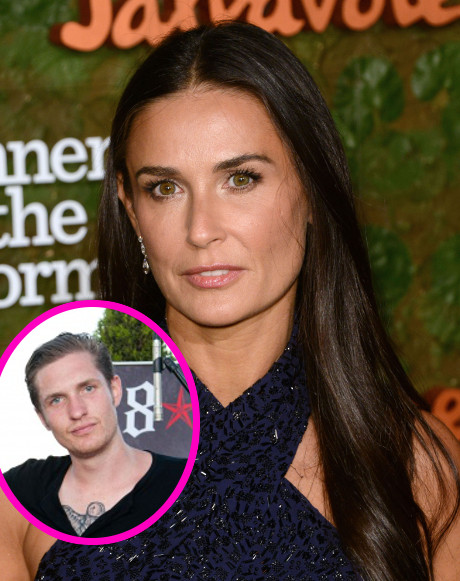 It looks as if Demi Moore is dating another young man! Demi was caught being super playful and touchy-feely with Dead Sara drummer Sean Friday. The two were vacationing in Mexico this week when the photogs captured their moments of love. Demi is 55 and Sean is in his thirtysomethings. We weren’t surprised to see Demi with another young beau, as she prefers her suitors to be everything but wrinkly.

Nobody is clear on how the two met, though some are speculating that they might’ve met when she and daughter Rumer Willis attended one of Dead Sara’s concerts back in May. Could Demi have scored the affection of one of Rumer’s friends? While we’re going to give Demi the benefit of the doubt here and say that she didn’t cross the line, it’s no secret that Demi gets what she wants — especially when it comes to her younger men.

Perhaps Demi is simply trying to capture a new love reminiscent of the romance shared between her and her past love, Ashton Kutcher, who was 16 years her junior. Their divorce was finalized in November and, while Ashton is happy as a clam with Mila Kunis, rumors have been circulating for some time now that Demi has found herself a bit lost without Ashton.

Let us know what you think about Demi and Sean in the comments section below. How long do you think this fling will last between Sean and Demi?