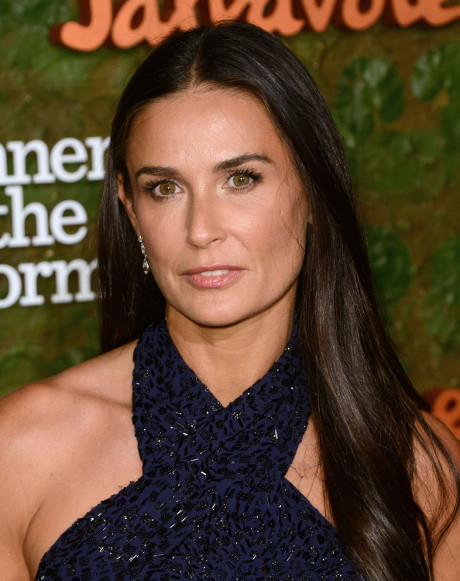 Rumors of Ashton Kutcher and Mila Kunis‘ pregnancy has apparently ruffled the feathers of Demi Moore, who’s allegedly “devastated” over thought of Ashton starting a family with Mila, according to Star magazine. The news supposedly has the actress so shaken up that she’s on the verge of an emotional collapse, and it’s all because Ashton is moving on for good.

“Demi has been left heartbroken” by the rumors of Kutcher and Kunis’ baby. An insider for the mag says that “it really knocked the wind out of her sails [….] Members of Demi’s inner circle are bracing themselves for what they fear will be another emotional collapse.”

Even though Demi and Ashton have been separated for a while, I’ve always gotten the sense that Demi was the jealous type. Hearing these rumors float about Hollywood have got to make her squirm — even if just a little bit. It’s got to be hard watching your ex totally move on, start a family, and let you become a distant memory.

Whether Demi is truly on the verge of an “emotional collapse” we’re not sure, but we hope she doesn’t stir up too much drama regarding Ashton’s potential baby. What do you think about Ashton and Mila having a baby in the future? The rumors have been circulating around forever now and news of their pregnancy is beginning to resemble the countless mythical pregnancies of Jennifer Aniston.

Will their baby ever happen? Let us know your thoughts in the comments section below.