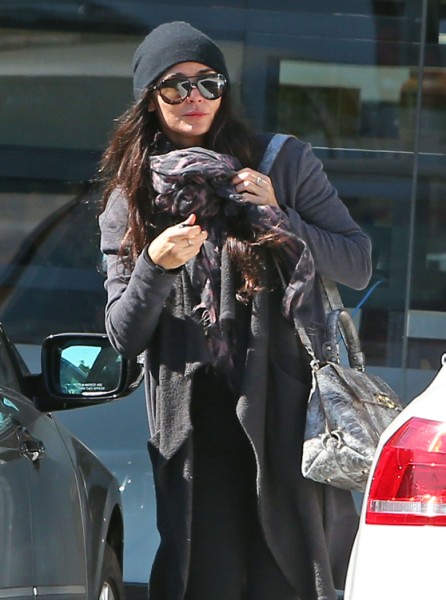 I see only one problem here. Who’s the lucky guy? I must be behind on the news because apparently there are many suitors for Demi Moore to choose from, Harry Morton being the leader at the moment.

OK, I’ll bite with this story, not because I believe it, but because it’s so believable. After all her shenanigans don’t you think Demi wants to walk down that altar before the Ashton Kutcher, Mila Kunis Married! headlines line every newspaper? I know I do.

And, according to Now magazine, Demi’s so intent she’s already started dress shopping. So will Harry make the perfect fourth husband?

“She says he’s one  of many candidates,” a source told the magazine. “She wants to be settled and doesn’t want  her ex Ashton Kutcher and Mila Kunis saying ‘I do’ before her.”

This is so ridiculously immature but that’s precisely why I read the story to begin with. Demi Moore growing in wisdom over her love of yoga just isn’t as much fun. I’d much rather read about her shuffling through bridal books at night searching for the perfect dress that will magically make her look younger than Mila.

But you get the feeling that she better act fast, right? Mila and Ashton are serious and there are still those rumors that a Spring wedding is on the way. Demi better get her ducks in a row. I’m not sure she’s thought everything through though. Demi can get married before and appear the picture of marital bliss but that doesn’t mean it will last. The competition shouldn’t be to get married first. The winner in all this will be the ex who stays committed longer in his next relationship. Unfortunately for all of us, Ashton and Mila appear super strong. Demi should take her time and search for that. But if we know anything about Demi, it’s that she’s never been a huge fan of time passing, both on her face or in her love life.

Do you believe the Demi Moore rushing to get married story or is her image just kinda pathetic right now?