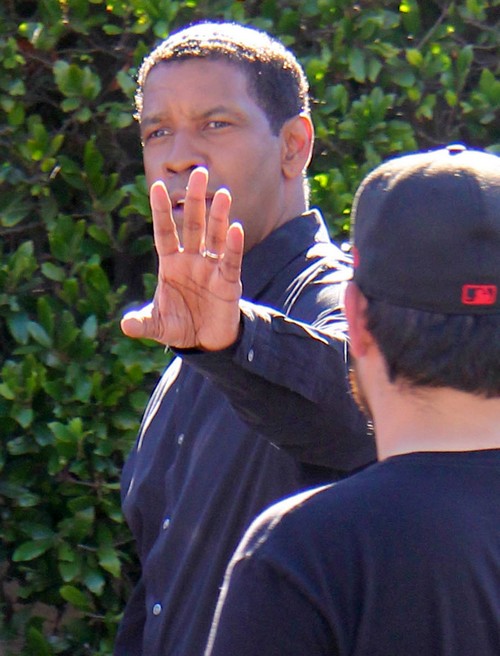 These leaked Sony emails continue getting worse and worse, and more and more racist. We already had the Barack Obama situation, where Sony chairman Amy Pascal and producer Scott Rudin sat there, joking about how Obama probably likes films starring other African-Americans. And then there was the studio head who called Kevin Hart a ‘whore’, and now several leaked emails show that producers were discouraged from casting Denzel Washington in the Equalizer because he is black, and that allegedly doesn’t play well with international audiences.

The producer [whose name was crossed out from the list] wrote the email to the Sony chairman, saying, “No, I am not saying The Equalizer should not have been made or that African American actors should not have been used (I personally think Denzel is the best actor of his generation). Casting him is saying we’re ok with a double if the picture works. He’s reliable at the domestic [box office], safe, but has not had a huge success in years.”

Terrible, but that’s not even the worst part. The producer than adds, “I believe that the international motion picture audience is racist — in general pictures with an African American lead don’t play well overseas. But Sony sometimes seems to disregard that a picture must work well internationally to both maximize returns and reduce risk, especially pics with decent size budgets.”

Un-freaking-believable. How on earth is Sony supposed to recover from this? The racist undertones behind Hollywood studios were always there, but they were never this blatant. And honestly, I’m sure this kind of thing is said at other studios as well, but right now, Sony is going to eat flak for it. They’re basically discussing one of the biggest movie stars in the country – and a talented movie star, nonetheless – purely in regards to his race. I get it, it’s business. But the public is not going to view it like that, especially when foreign box office has proved that casting actors of color doesn’t matter as much as making a good damn movie – and that’s something Sony fails miserably at. Apart from their comedy slate, where are the consistently good movies coming out of that studio? They have that shitty franchise that refuses to die – Spider-Man – and then they have a few awards bait movies every year. That’s it. And they whine about how casting African American actors is the reason they’re not doing well at the international box office?

What do you guys think about Sony’s emails? Can you believe the stuff that’s coming out? Let us know your thoughts [and voice your outrage] in the comments below.