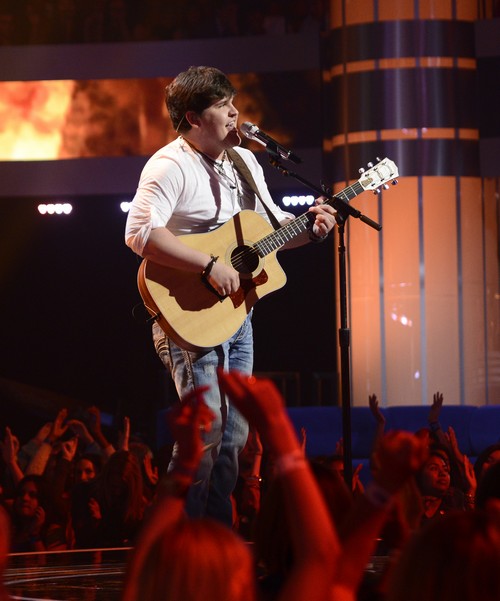 Tonight on AMERICAN IDOL the Top 13 finalists performed songs that conveyed the message, “This is Me.”  For her song DEXTER ROBERTS sang, “Aw Naw” by Chris Young.  Just in case you missed tonight’s show we have you covered and you can read our full and detailed recap here!

Judges comments on tonight’s performance: Keith – “You’re such a likable song I can see why American loves you so much.  That was a great cover of a song but now you gotta figure out how to make it a Dexter Roberts performance.” Jennifer – “I felt the same way how do we make it a Dexter performance?  But it was a really great performance and you really got the crowd going.”  Harry – “Maybe the way to make it more you, is to use that personality more.  I’m not sure if that was your nerves holding you back but you should go out there and have a good time.”

On Thursday, Feb. 27, one American Idol finalist’s journey will end as America’s vote are revealed.  Plus, vocal powerhouse and AMERICAN IDOL Season 12 winner Candice Glover will be back on the IDOL stage to perform a medley of “Cried” and “Same Kinda Man,” from her debut album, “Music Speaks”; and critically acclaimed singer Jake Bugg also will perform.