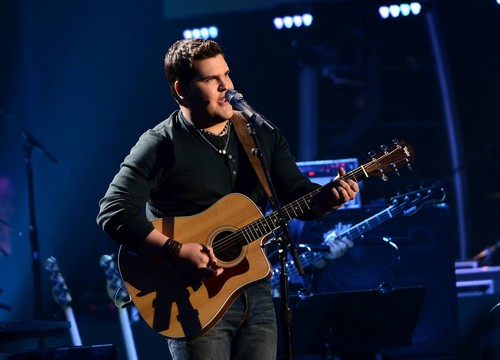 Dexter Roberts sang, “One Mississippi” by Brett Eldredge which was his original audition song.  This week the contestants will have a chance to prove how much they have grown during the competition by sing their audition song and the judges and America will see the contrast. Did you watch tonight’s performance show?  Just in case you missed tonight’s show we have you covered and you can read our full and detailed recap here!

On last week’s episode Dexter sang “Boondocks” by Little Big Town and Keith loved his rendition saying, “I think Harry needs a gummy bear. You know what’s interesting, on one hand I hear what Harry is saying it’s hard for you to tell us who you are. I would say if Little Big Town hadn’t recorded that song and had given it to you and you sung it just like that I think it would have been a hit on Country Radio. What I want to see is another side of you. Give us something we haven’t seen yet.”