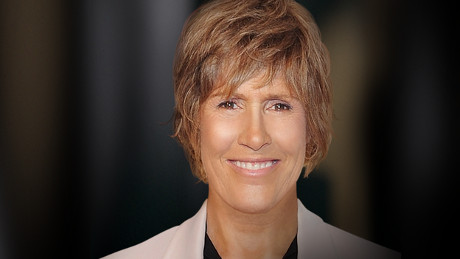 Before the new season of Dancing with the Stars premieres, we wanted to take a moment to introduce you to Diana Nyad, who’ll be partnering up with Henry Byalikov. DWTS is gearing up for another season of hot ballroom dancing and super-sizzle-sexy flare and will feature some great celebrity dancers. If you missed the announcement, please click here for the full roster of DWTS season 18 cast members. Continue reading for a bit more information on Diana!

“25 million people worldwide rooted for Diana Nyad last September as she approached the Florida shore, at long last achieving her 35-year-old dream of becoming the first person to swim from Cuba to Florida. Nyad is not one to quit. On her fifth attempt, speaking the words “Never Ever Give Up” to the wildly cheering crowd on a Key West beach on September 2, 2013, Nyad may have been dazed and physically spent, but she showed the world what persistence and belief can manifest. Nyad stroked the amazing 110.86 miles in 52 hours, 54 minutes, 18 seconds.

“Daring to reach for the stars, this swim beginning to seem impossible (after her four attempts and other strong swimmers trying and failing since 1950), Nyad has motivated the world at large to be bold, to live fearlessly, to chase one’s dreams with unwavering commitment. The second statement the victorious 64-year-old made on that Key West beach? “You’re never too old to chase your dreams.”