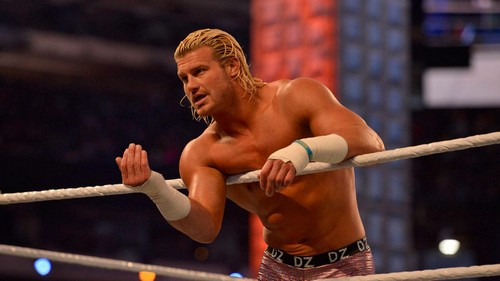 Dolph Ziggler came into this SummerSlam 2014 match on a red hot tear, but many thought that The Miz was a shoo-in to win. The Miz has been pushed rather hard since returning from Hollywood and his filmmaking schedule. With that said, the match was a fairly awesome change of pace for the Intercontinental title. Suddenly, the Intercontinental Title feels important again. These two WWE Superstars burned up the ring and left the crowd gasping at every pinfall attempt.

Dolph Ziggler has been known as one of the hardest working men in wrestling and he certainly is capable of laying down a fantastic match. Despite these awesome traits, Ziggler also seems to constantly have short title runs. Perhaps this will finally be a championship run worthy of his talents. The Miz dropped the belt to him, but he has nothing to be ashamed of. This was his best in-ring work in the past couple of years.

Now with Dolph Ziggler defeating The Miz at SummerSlam, the Intercontinental Title has another chance to become front and center of the mid-card in WWE. Wade Barrett was already well on his way to solidifying the title before getting hurt and now Ziggler is in the perfect position to keep that going until his return. Barrett will be back and looking for his title soon enough and Dolph would be the perfect babyface to take him on.

What is next for The Miz is anyone’s guess. Many WWE Universe fans have found his latest gimmick to be rather stale and overblown. I feel as though The Miz should continue with it at least for a bit longer and try to get some traction. The problem he is experiencing is the typical Miz heat…that is indifference from the crowd. The Miz is fully capable of being a huge star. The bottom line is that he has to find a character and stick with it. His original Miz character might have been annoying but he was over. Go back to the basics for him and he will be just fine.

Dolph needs to now “grow up” into his character. Ziggler has been champion. In fact, he has been World Heavyweight Champion. The reason it never seemed to work was primarily that the WWE brass never gave him time enough to prove himself. He needs to take this Intercontinental reign and show the world exactly how good he can be.

SummerSlam certainly picked the right match to kick off the festivities this year!