General Hospital To Introduce Donna Mills’ Character On March 14: What Drama Will She Bring To Port Charles? 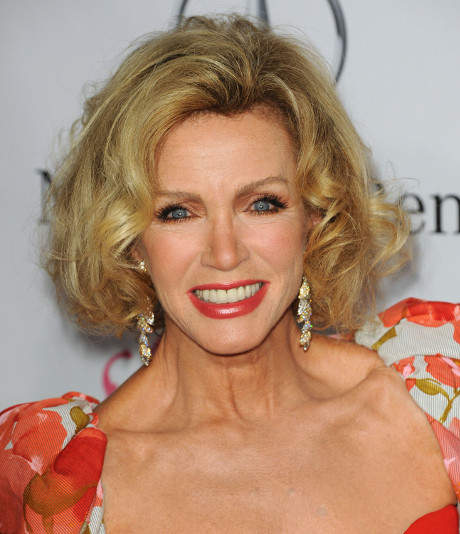 Donna Mills will be heading to Port Charles on the hit soap opera General Hospital and the air date of the episode featuring her arrival has been released. Donna Mills took to her Twitter and said that she’ll make her GH debut on March 14th. While she and everyone close to the show are keeping her identity under wraps, she expressed her excitement by saying, “Let the countdown begin! My first apperance on @GeneralHospital is fast approching! Tune in March 14 at 2pm.”

The unknown identity of Donna’s character has fans and soap aficionados alike scratching their heads. What have showrunners cooked up this time? How will her new role impact the craziness, intrigue, and volatile relationships circulating throughout Port Charles — one of daytime’s most beloved fictional towns? We’d love to hear your thoughts in the comments section below. Do YOU have any ideas as to what type of character Donna will play — or whose story line she’ll largely play off of? I think it probably goes without saying that she’s going to play an antagonist of some sort . . . . But just how naughty is she going to get?

Donna is no stranger to the world of soaps. She’s perhaps best known for her role as Abby Cunningham on the popular prime time soap opera, Knots Landing, where she had a nine-year run.

Keep a look out for all your soap opera news by checking out the Soap Opera Spy on the right sidebar of CDL. Also, if you need spoilers for the upcoming GH episode (Feb. 26 air date), CLICK HERE.