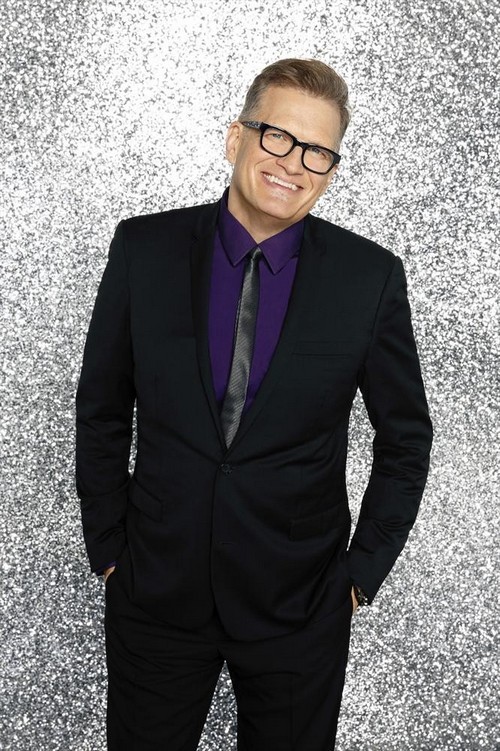 Stand-up comic, actor and producer Drew Carey danced a Cha Cha, on tonight’s season 18 episode 4 of Dancing with the Stars with Witney Carson for his switch up pairing.  We posted a nifty bio of Charlie White so you can get more familiar with him.  Julianne Hough returns to the ballroom a guest judge tonight alongside Len Goodman, Bruno Tonioli and Carrie Ann Inaba.  If you missed tonight’s show you can read a full and detailed recap, right here.

This past week, America was given the power to vote and change celebrity and professional dance pairings and now each of the remaining nine celebrities must face this new challenge.

On last episode Drew performed a Waltz and Bruno loved it saying, “You played it straight and you went for a classic waltz.  I appreciate the work you put into it.”    They scored Charlie 30/40.

Drew Carey and professional dancer Witney Carson dancing a Cha Cha.  Drew has been getting ready for his dance tonight.  He tweeted, “Cha-Cha! RT @DWTSPros: @DrewFromTV what dance are you dancing this week?”

Judges comments: Bruno: “You are splendid and confident and sugar daddy of showbiz.  You put your performance somewhere between Elvis and Liberace and you made it work.  Brilliant.”  Carrie Ann: “The kick in your step was ridiculous.  You killed it.  I thought it was fantastic.”  Len: “They say that all that glitters is not gold.  I have not had that much fun in a minute and a half since a teenaged.”  Julianne: “Witney well done.  Drew you did great, I am a fan.”