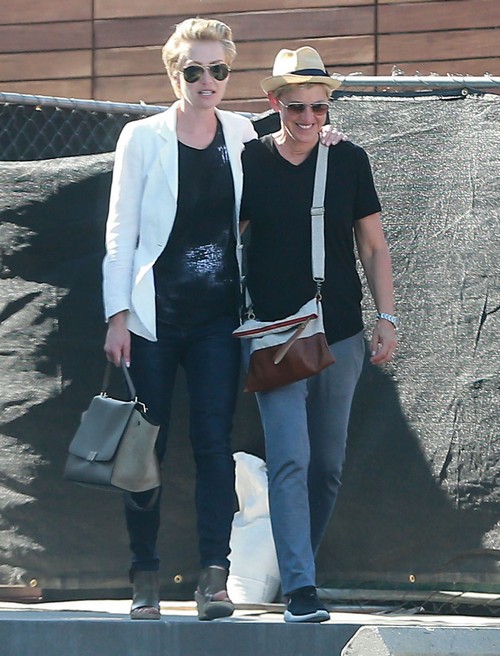 Ellen DeGeneres and Portia de Rossi can do all the public interviews they want, but the public’s perception of their failing marriage isn’t going to change – especially in the wake of reports like this. According to Page Six, Ellen and Portia didn’t show up to a charity fund-raising event on Sunday because they had a huge fight and subsequent falling out.

Ellen and Portia have slammed reports claiming that they were scheduled to attend, and have also added that their marriage is absolutely fine. For the amount of denial we’re getting, I’m starting to question the veracity of all these divorce and fighting rumors. Are Ellen DeGeneres and Portia de Rossi actually getting a divorce? Or at the very least, fighting all the time? They keep doing interview after interview and denying that their marriage is in trouble, but we keep getting reports stating otherwise. The lad[ies] doth protest too much, methinks. In the end, would they be so vigilant about keeping up with the rumors if they weren’t also trying to squash them for a reason?

What do you guys think? Will an Ellen DeGeneres/Portia de Rossi divorce happen soon? Or will the couple figure out what’s plaguing their romance and fix it before it’s too late? Let us know your thoughts in the comments below.