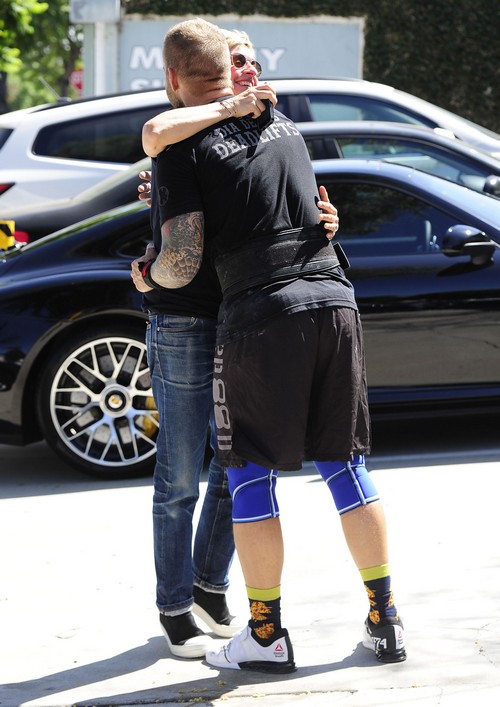 Ellen DeGeneres and Portia de Rossi are having a baby to save their marriage from divorce and break-up – this is why we hear that Portia is pregnant with a baby bump. Ellen DeGeneres and Portia de Rossi were having divorce and separation issues over the past year and everyone expected a split, but not to worry – a baby bump to the rescue! See, in Hollywood [and in real life, actually], couples love to turn to babies to solve all their problems. So many people think that having a kid will keep their marriage together, when it actually increases the resentment and makes divorce that much more difficult. But that’s not stopping Ellen and Portia – according to Star Magazine, the celebrity couple is determined to have children, and have already started the process by getting Portia pregnant.

There have been plenty of reports regarding Ellen’s divorce from Portia, most notably after Portia ended up in rehab during the Spring. She reportedly went there to deal with her drinking problem, which was exacerbated by her insecurity and Ellen’s supposed cheating. The way the tabloids made it sound, it was Ellen’s alleged constant affairs that led to them fighting all the time, which in turn led to Portia’s drinking. That then led to increased fights and divorce rumors, and eventually, Portia just couldn’t handle it.

The rehab visit seems to have done Portia a lot of good, and she’s even booked a role on Scandal with Ellen’s help. When i watched the premiere of Scandal I didn’t notice Portia’s baby bump but that is most likely because she wasn’t pregnant when the show was filmed. However, sources close to the couple claim that there are still a lot of unresolved feelings between the couple, and the only way they feel like they can move on is by starting a family. See, we’d heard that Portia had wanted to have kids for a long time, but Ellen had always put her foot down. But now that Portia’s in such a fragile emotional place, Ellen’s been giving her everything she wants – more or less – and that includes kids.

Of course, the real question is whether having kids will actually help their marriage.. Maybe it will help in the beginning, but it’s not going to make their underlying issues go away. If they really want to keep their relationship solid, then they need to work on their problems first before bringing a child into the mess. Otherwise, it’s just going to lead to more problems down the line for all of them, including the baby.