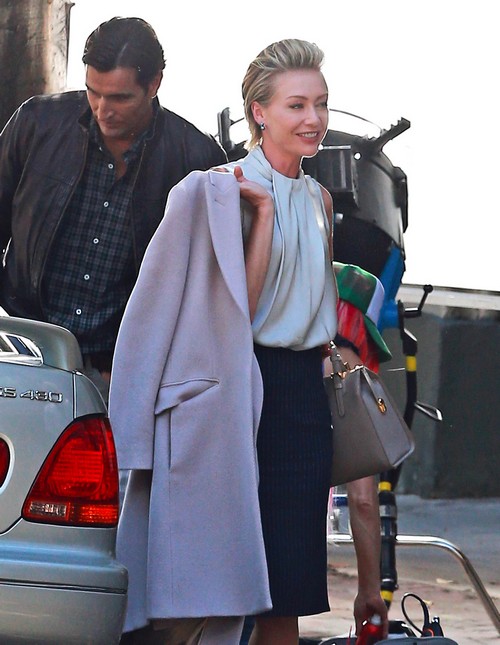 Ellen DeGeneres is clinging desperately to the shadows of her marriage, but to her credit, she seems like she’s genuinely trying to keep her relationship with Portia de Rossi from falling apart and ending in divorce. The divorce rumors first started getting louder at the beginning of this year, and then the tabloids dropped a bombshell about Portia going to rehab in the spring. According to the reports, the insecurity and jealousy regarding her career and Ellen’s personal life was getting to her, and she turned to alcohol to cope. Whether Ellen DeGeneres was cheating or not, their problems seemed to run deeper than a simple case of tension at home.

But Ellen then helped Portia recover, and even got her a job on Scandal. Sources close to the couple have said that Ellen’s been putting her marriage to Portia de Rossi above everything else, even her career. She’s stayed home as much as possible, not attending parties, not going out, and spending every free minute with her wife. Clearly, that’s helped, but now she’s gone one step further – she’s bought Portia a $16 million mansion in LA!

As the National Enquirer explains, it’s basically a gift to Portia, and it’s apparently her idea of a ‘relationship rehab’. Their source also adds, “Ellen is trying to show Portia that she believes in her and their marriage will weather their storm of problems that led to Portia’s stint in rehab.”

Right now, Ellen seems to have averted a possible divorce through her devotion to her wife. Will the truce last? So long as Portia doesn’t once again dip into the feelings of insecurity and jealousy that plagued her earlier this year. No doubt, having a beautiful new house in LA will help.

Portia de Rossi is spotted filming scenes for the hit TV show ‘Scandal’ in Hollywood, California on September 10, 2014. Portia will be featured in the fourth season of ‘Scandal’ for a multiple-episode arc which premieres on September 25th.