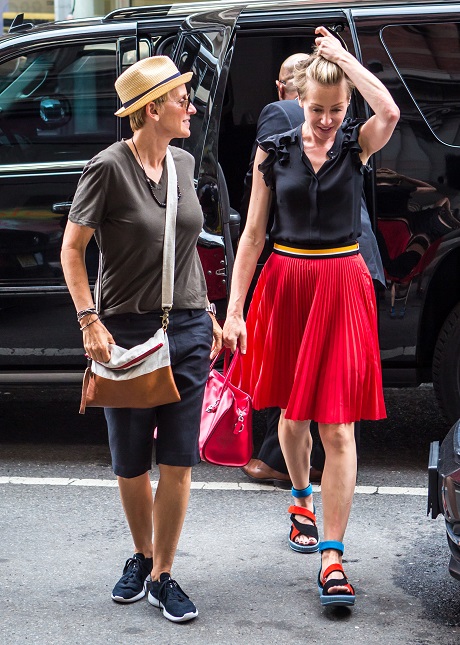 Ellen DeGeneres and Portia de Rossi may have been dealing with some superficial issues last year, but that has turned into a full-blown divorce battle. According to reports, it was the constant fighting that led to Portia breaking down and turning to booze to deal with the problems, which then led to her being admitted to rehab.

However, a new report from the National Enquirer claims that Ellen and Portia are now trying to work things out, if only to save Portia’s life. A source explains, “It was booze and drugs that plunged them into a nightmare. Although their marriage has deteriorated, Ellen loves Portia and likely saved her life by putting her in rehab.”

Unfortunately, it isn’t just booze and pills that are the problem. Sources say that Portia might also have a problem with cocaine, although she’s really good at hiding it. It’s not difficult to believe this, especially since we already know about Portia’s past history with anorexia and substance abuse.

A friend supposedly told the Enquirer that Portia has used cocaine when she was just a struggling actress trying to land a job. And unfortunately, once you’ve been hooked on drugs, it takes a lot of effort to drag yourself back out. In Portia’s case, she may have been fine for years and years, but at the first sign of trouble, she’s gone back to her old habits.

What does that say about her relationship with Ellen? Yes, Ellen is trying her best to hold their marriage together, but she can’t be at Portia’s constant beck and call – not if she wants to keep her job. Does that mean that there’s an expiration date on their relationship, even if they’re both trying hard to stay together?