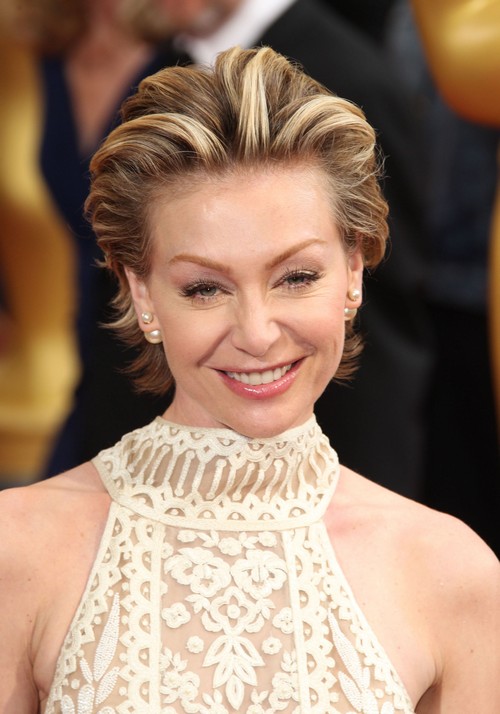 Ellen DeGeneres and Portia de Rossi have been having a difficult time in their marriage, if the tabloids are to be believed. Although Ellen and Portia continue to deny rumors of their marriage in trouble, Star Magazine’s latest report focuses on the supposed jealousy, fighting, and drinking that’s cropped up between the two lovebirds.

Star’s source claims that Portia is worried that Ellen will leave her for someone younger, adding, “Ellen loves younger women. It’s been a pattern for her: She meets a beautiful young woman, wines and dines them, and sweeps them off their feet. Portia has caught Ellen checking out hot, young women on many occasions. It’s led to several blowup fights.”

Apparently, Ellen has put pressure on Portia to continue getting plastic surgery to keep herself looking young – and Portia has done it because otherwise, she thinks Ellen will dump her for someone younger.

The source also adds that Ellen’s drinking has started to come between them, explaining, “Ellen often drinks at home, and when she does, she can get pretty nasty and hurtful… They fight about it a lot.”

You know, I’d really love to know who this ‘source’ is. Ellen and Portia have a very close group of friends around them, friends that protect their privacy at all costs. But based on the number of reports on Ellen’s marriage to Portia, either someone close to them is talking or someone has a grudge against them and is making all this up.

What do you guys think? Is there too much smoke for there to be no fire? Let us know your thoughts in the comments below.